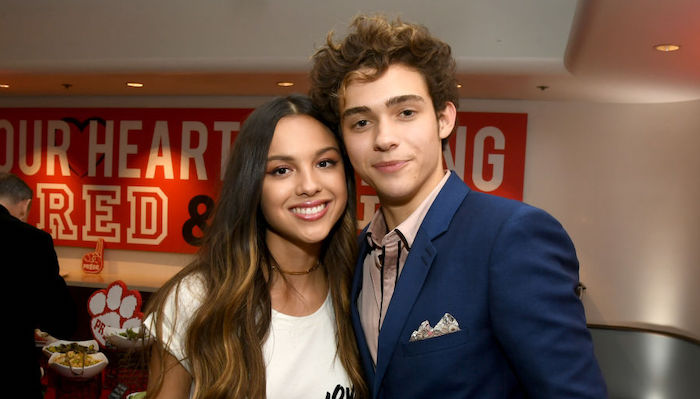 Speaking in broad terms, if my father’s generation was the closeted generation, Gen-X was the coming out generation, while the Millenials seem like a generation that seeks to define itself. On the other hand, Gen Z, from everything I have witnessed, may be what Joshua Bassett calls the “anti-coming out” generation.

“I am anti-coming out in the sense that there’s no need to,” Bassett recently told GQ magazine, adding that “people are welcome to have boxes if they want them.” The 20-year-old star of High School Musical: The Musical: The Series is savvy when it comes to discussing his personal life, which is to say: He doesn’t do it, because it hardly matters what he says because the entertainment media has already created a narrative and nothing he can say will alter it.

To wit: I was flipping through the radio dials the other morning, and came across one of those morning FM radio shows, where they were discussing Olivia Rodrigo’s new album, Sour, a break-up album that is something akin to Gen Z’s Jagged Little Pill. They had conjured this entire narrative, and relayed it as though it was gospel: Rodrigo had written the album (and specifically the song, “Driver’s License,”) about her break-up with Bassett, who they all suggested had ditched Rodrigo for his HSMTMTS co-star Sofia Wylie, none of which is true. There have also been rumors that Bassett broke up with Rodrigo for a relationship with another Disney star, Sabrina Carpenter, with whom he had written a song.

What’s true, and what’s not? Ask Bassett about his relationships with Rodrigo and Carpenter, and he’ll tell you that Harry Styles is “hot,” that Bassett is part of the LGBTQ+ community, and instead of asking him about his personal life, “Why don’t we focus on these women for who they are? Let’s focus on the art that they’re making and how great they are instead of their relationship to a boy.” Good f**king answer.

This is also what’s so remarkable about HSMTMTS and this new generation of Disney series. While TV series and movies targeted toward older generations have been cagey and hesitant when it comes to queer representation, Disney is decidedly less so when it comes to their teen-led series. Not only does the cast of HSMTMTS have more young LGBTQIA+ identifying cast members than straight ones but their characters are never defined by those relationships. Inarguably the sweetest couple in HSMTMTS is Carlos and Seb (played by Frankie A. Rodriguez and Joe Serafini). Seb is a white, gay teenager in Utah who lives on a farm, and everyone from my generation knows exactly where that storyline is heading, and the movie stars Mark Wahlberg. In HSMTMTS, however, it’s not a thing. There’s no heartbreaking coming out story, or unsupportive parents, or homophobic taunts. Neither Seb nor Carlos are defined by who they love. They’re just another couple among many on the series — in fact, they’re the most solid among them all — and their relationship has been completely normalized in the context of the Disney show.

As a parent, I’m often obviously curious about the sexuality of my own kids, but we’re careful not to tilt the scales one way or another. At this point, I don’t think we could, anyway. They have crushes on boys and girls, and they make absolutely no distinction between the two, nor think distinctions should be made. If they develop a same-sex crush, they do not think, “Oh, well, I must not be straight,” and vice-versa. Like Bassett, they love who they love, and while I have a lot of issues with Disney as an evil, all-powerful corporate entity, the way they depict queer relationships in teen-led shows like HSMTMTS and Big Shot is kind of perfect. Now, if only they could do the same in their Marvel movies.


← The Only TikTok You Should Click On When Every Fiber of Your Being Is Telling You Not To | Trailer: Kristen Bell's 'Queenpins' May Fill That 'Good Girls' Void →