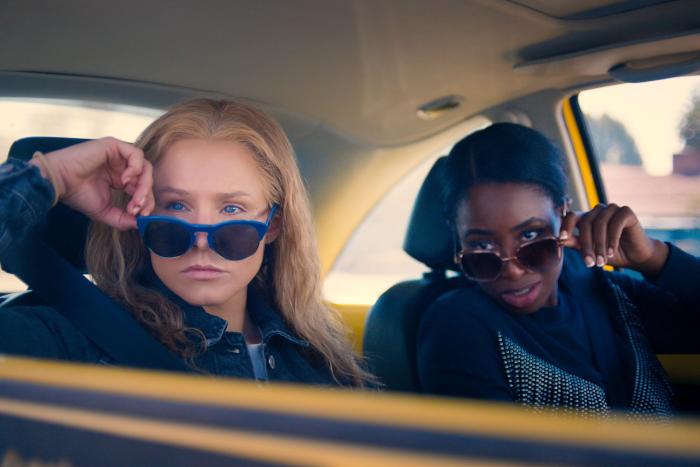 Queenpins, which is inspired by a true story, stars Kristen Bell and Kirby Howell-Baptiste as a bored suburban housewife and her vlogger best friend, respectively. The two launch a massive counterfeit coupon scheme against giant corporations and end up stealing millions of dollars from them. Eventually, the feds get involved, and by “feds,” I mean: A loss prevention officer (Paul Walter Hauser) from a local supermarket chain and a U.S. Postal Inspector (Vince Vaughn). It comes from writer/director team Aron Gaudet and Gita Pullapilly.

The marketing folks behind the film at STX Films call it a “pink-collar crime” and despite using the pun equivalent of a war crime, this looks fun.

Queenpins opens in theaters on September 10th and will air on Paramount+ soon thereafter.

If you’re curious, the movie is based on a $40 million counterfeit coupon ring orchestrated by three women that was broken up in 2012 when the police seized $2 million in assets from the three homes, including vehicles worth $240,000, 22 guns, and a 40-foot speed boat. Basically, they collected coupons that offered free high-ticket items, counterfeited them, and sold them off on places like eBay. The ringleader of the operation was eventually arrested and pled guilty. She was sentenced to two years in prison and ordered to pay up to $5 million in restitution.


← Joshua Bassett, 'High School Musical: The Series,' and Queer Representation in Disney+ Shows | Watch A Teenage Boy Shove Stuff In His Mouth... But Not In Like A Weird, Creepy Way →