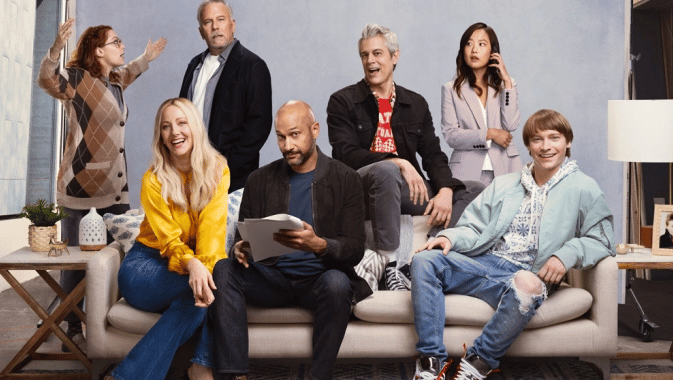 Somewhere in either the fourth (Greed and Waste) or fifth (Heresy) circles of Hell, Dante Alighieri wrote about a chamber in which there’s nothing to watch but reboots and remakes of all your favorite television shows and movies. Sometimes it feels like we’re trapped in there watching The Fresh Prince Of Bel-Air, Quantum Leap, and Red Dawn on repeat.

Hulu has finally become self-aware and, instead of launching Skynet, it’s poking fun at streaming services’ insatiable hunger for content. A hunger that can only be filled by MORE REBOOTS! MORE REMAKES!

The cast of this new series, Reboot, is Pajiba catnip though so I’m not going to complain. Keegan-Michael Key, Judy Greer, Johnny Knoxville, Paul Reiser, and Rachel Bloom star with Calum Worthy and Krista Marie Yu.

The creator and showrunner of Reboot, Steven Levitan, is responsible for Modern Family, Just Shoot Me, Wings, Fraiser, and The Larry Sanders Show. All of those shows were funny for most of their seasons! This might not suck.

The first episode will be available on Hulu on September 20th.