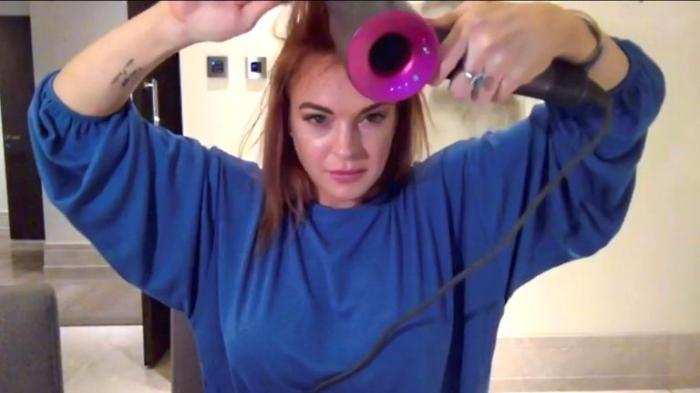 We’ve had several televised quarantine specials, so far, and a few of them have been surprisingly good (the Parks and Rec reunion felt like the high bar until the Mythic Quest special came along), and of course, late-night television has been working from home since the second week of the lockdown (along with a few daytime talk shows).

However, we are about to enter into the (hopefully short) era of Quarantine TV: Television shows made specifically in this moment for this moment. We are going to be seeing a lot of shows like Haircut Night in America, hosted by Jerry O’Connell and Rebecca Romijn, which debuts tonight and sees, among others, Lindsay Lohan cutting her own hair.

This may ultimately be the (hopefully short) golden era for D-level stars, because not only is Lindsay Lohan appearing on Haircut Night in America, her and her sister have also taped segments on another Quarantine TV show, Fox’s Celebrity Watch Party (where “celebrity” is generously defined). Actually, Celebrity Watch Party has already been airing for a month.

Actually, that show is based on the British series Gogglebox and features celebrities recording themselves watching and reacting to TV shows and, uh, if it had celebs I cared about, I might actually want to watch it. In any respect, Lindsay Lohan and her sister watched an episode of Extreme Home Makeover and bawled their eyes out, and the E! reality series Botched, about two plastic surgeons tying to correct other doctors’ problematic surgery.

I have fallen into the Looking Glass and I can’t get up.

← Forbes Declares That Kylie Jenner is No Longer a Billionaire, If She Ever Was One To Begin With | J.K. Rowling's Confusing Twitter Transphobia Explained →