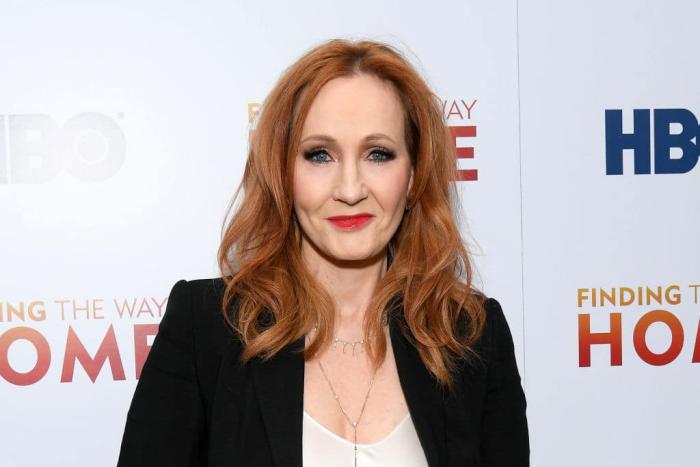 Not gonna lie, every time I see a new J.K. Rowling tweet on my Twitter feed, my stomach churns. The woman who indelibly molded my childhood thanks to the Harry Potter books now makes me cringe as she descends further into transphobic dog-whistles and political whataboutism that only has clout in the real world because she made up some wizards and shoe-horned in a wonky parallel to Thatcher. It no longer shocks or surprises me when Rowling is openly nasty to trans women, although I think we were all surprised when we saw this now-deleted tweet.

Huh. Sure. OK. Let’s… Well, where do we start? This is clearly two tweets smooshed together by accident via a copy-paste trip-up or some careless tab swapping. The Ickabog is a new story Rowling is releasing free via her website. She has been encouraging fans to submit their own drawings of the eponymous creature on Twitter as part of a competition, with the winners receiving the opportunity to have their work included in the officially printed edition of the book due out later this year. So Rowling tried to pay a fan a compliment but added in a line from an article relating to the case of Tara Wolf.

Tara Wolf is a trans activist who was convicted of assaulting a transphobic radical feminist by the name of Maria Maclachlan during a protest Speaker’s Corner in Hyde Park where Maclachlan was filming trans activists. During the trial, Maclachlan consistently referred to Wolf as a man, an obvious act of transphobic aggression. The case of Wolf and Maclachlan is a favorite of TERFs (trans-exclusionary radical feminists — a term that is not a slur, no matter how hard transphobes try to claim that it is) because they see it as proof that trans women’s mere existence is a threat to them. This dog-whistle pops up a lot when transphobes try to paint transgender people as inherently sneaky, violent, or willing to go through years of medical treatment, societal bigotry, and increased risks of sexual assault, suicide, unemployment, and homelessness, all in the name of sneaking into women-only spaces.

Rowling has been dabbling in transphobia for a while now. She has a long history of following noted transphobic media figures and so-called activists on Twitter. As Aja Romano of Vox noted back in December 2019, Rowling showed vocal support for Maya Forstater, a transphobe who repeatedly attack and derided trans and nonbinary people online which led to her losing a contract with the Centre for Global Development. Forstater claimed that her dismissal was workplace discrimination against which she was protected by Britain’s 2010 Equality Act, a law that explicitly prohibits discrimination on the basis of ‘gender reassignment.’ The courts dismissed Forstater’s claim, and Rowling tweeted #IStandWithMaya.


Dress however you please.
Call yourself whatever you like.
Sleep with any consenting adult who’ll have you.
Live your best life in peace and security.
But force women out of their jobs for stating that sex is real? #IStandWithMaya #ThisIsNotADrill

Now she’s back at it. Here is her latest justification for her strange Ickabog tweet.

However, I am not - as many of the people now swarming into my mentions seem to think - ashamed of reading about the assault. You should know by now that accusations of thought crime leave me cold. Take your censorship and authoritarianism elsewhere. They don't work on me.

Rowling is a transphobe. She is but one example of a poisonous force that has taken over our society, but especially in the upper echelons of the British media, where attacking the mere existence of trans people has become a profitable career — Hadley Freeman, Julie Bindel, Sarah Ditum, Helen Lewis, and, of course, Graham f**king Linehan. They all employ the same nasty talking-points and claim they are ‘pro-woman’, all while slobbering over gender-essentialism and sucking up to evangelical rhetoric with not a speck of self-awareness to their names. They glory in punching down, all while claiming they are the truly oppressed underdogs of the world, because nothing says marginalized like weekly newspaper columns and six-figure publishing deals.

And now Rowling has the audacity to claim that people calling her out on her bullsh*t is akin to authoritarianism and censorship? This is thoughtcrime now?

Jo, journalists are being arrested live on camera for reporting. The President of the United States is signing executive orders to try and shut up social media. Black men and women are dying at the hands of the police and nobody is being arrested for a murder that millions of us saw. And you DARE to think that YOU’RE the one being attacked?

According to Stonewall, around 83% of young trans people have suffered some form of verbal abuse, while more than a third have experienced physical assault. 27% of polled young trans people have attempted suicide. One in four trans people reported having been discriminated against at work. I have trans friends who plan their entire days around pee breaks to avoid having to use public bathrooms for fear of being attacked. Even in death, trans people’s bodies are at risk of violence, as some deceased individuals end up being stripped of their identities by bigoted family members. Just last year, the transphobic creep who co-wrote Father Ted organized an online hate mob to try and strip a charity for trans kids of its Lottery funding. And you, Ms. Rowling, think that you’re the victim of authoritarianism?

Why does this matter to you? Why do the lives of trans people insult you so much? You are richer than any of us will ever be, more admired and influential than any politician could dream of, and THIS is what you’ve chosen? There’s part of me that wants to say I feel sorry for you for being so full of hate but I don’t. I resent that you’ll forever have more power than the already-marginalized community you’re kicking down at. All that imagination and the most creative thing you can imagine is a world where you, an adored multi-millionaire, are a hero for spouting the same transphobic rhetoric that’s plagued our world for far too long.

If you want to do something good, please consider donating some money to Mermaids, a wonderful British charity that supports trans and gender-diverse kids and their families.

← Quarantine TV Is Going to Be So Bad This Summer | Review: 'The High Note' is Cheesy But Charming, a Comfortingly Glamorous Fantasy →