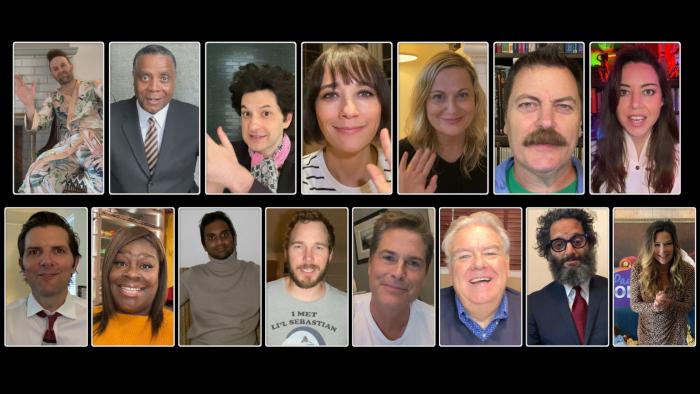 Last night, the cast of Parks and Recreation reunited for a much-anticipated special. Set in our perplexing present, A Parks and Recreation Special featured Leslie Knope and company reconnecting via video chats. It offered good vibes and good advice to all of us stuck at home. Plus, the whole event is a fundraiser for Feeding America.

After all they've been through, Leslie and Ron will always take care of each other. Together with @StateFarm and @subaru_usa, we're helping raise money for @FeedingAmerica. 🌳❤️ Join us! https://t.co/YuyWBTYmrH pic.twitter.com/oWSu0S3vh3

It was a big night full of big moods, big emotions, and a tribute to Li’l Sebastian. Here’s how Twitter reacted to A Parks and Recreation Special.

Paul Rudd opened the special, reprising his role as the dunderheaded Bobby Newport.

paul rudd reprising his role as bobby newport for the parks and recreation reunion special is the funniest thing that has happened this year pic.twitter.com/7kK33JmlNm

Paul Rudd has been on my tv screen for 2 seconds and I can already tell this Parks & Rec special is going to be everything I’ve ever wanted in life.

Then Adam Scott fed our thirst for Sad Ben Wyatt popping up in the shut-in style that drove us all wild back in the day…and still does.

Sometimes I think about Ben Wyatt in his Letters to Cleo shirt pic.twitter.com/wGIr8vwiWz

The Letters to Cleo shirt! Claymation! Cones of Dunshire! So many callbacks 30 seconds in!

#ParksAndRec she’s literally come so far as april and as aubrey i’m so proud of her pic.twitter.com/XKK7zSfebf

If you don't have "5,000 Candles in the Wind" stuck in your head right now, you're doing quarantine wrong.#ParksAndRec pic.twitter.com/7iQrkEuR5e

Wakes up in the middle of the night.
“Is Andy Dwyer still locked in his shed?”
Goes back to sleep.@prattprattpratt #ParksAndRecSpecial #ParksAndRecreation #ParksAndRec

There were also appearances from several of beloved tertiary characters! Mo Collins was back as Joan Callamezzo, a now totally stir-crazy talk show hostess.

I’m like 2 days away from giving myself a Jamm haircut pic.twitter.com/4x619dHXxp

“I think her plan was to join us in our marital bed.”

And then. THEN. There was Jean-Ralphio (Ben Schwartz), the madman who set Twitter on fire.

King Jean Ralphio is back on my TV and I am LIVING #ParksAndRec pic.twitter.com/tvd4clPHdn

The fact that Jean-Ralphio’s number doesn’t work is a crime and I won’t stand for it. This GIF is perfect in many ways. #ParksAndRec pic.twitter.com/TPEi03tA9b

Also sad: there was no Jenny Slate appearing as Jean-Ralphio’s horrible sister Mona-Lisa.

Then came the finale, during which A Parks and Recreation Special broke and healed us.

I want to live in this #ParksandRec video chat forever. pic.twitter.com/A6ASQZxdiP

NOTHING HAS BROUGHT ME MORE JOY THAN THIS 😭💞#ParksAndRecreation pic.twitter.com/EKue0IOsEY

I find it no coincidence the best night of sleep I’ve had since this all started was the night after the #ParksAndRec special. It’s almost as if my heart needed it.

You can watch A Parks And Recreation Special on NBC’s website.

You can donate to Feeding America here. 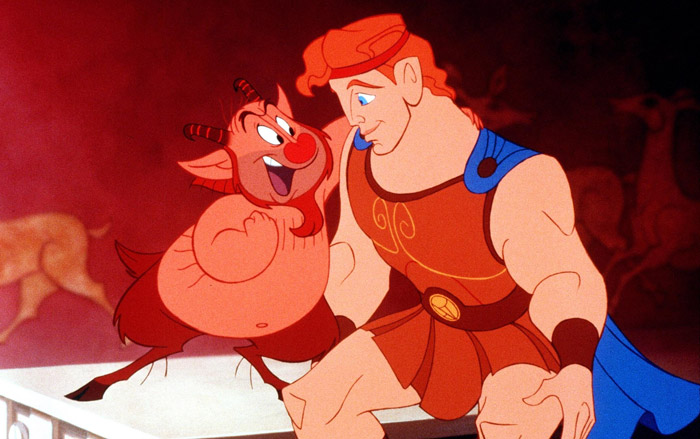 Who Should Star In Disney's Live-Action 'Hercules'? Let's Fancast