The season finale of Saturday Night Live aired over the weekend, and with it came speculation about who and who would not be returning next season. Here’s the way it looks to me:

Kate McKinnon — McKinnon holds the record for the longest-tenured female cast member, and as the best pure sketch performer on the cast, she’s got nothing left to prove. There was some question about whether she’d return this year or not, but Lorne Michaels managed to hang on to her for one more season. The question is not whether she will leave, but how well she will do outside of SNL. I worry a little that she may be another Dana Carvey — so good at SNL that her talents don’t translate as well outside of it. (Chance of Leaving: 95 percent)

Aidy Bryant — Bryant, Strong, and McKinnon all basically came in together (with Tim Robinson, remember him? No?), and it makes sense that they’d go out together. Bryant has already found success with three seasons of Shrill, which she co-created and co-wrote, and people with that kind of talent both in front of and behind the camera do not stay out of work for very long. Bryant was also gone for much of this season, taping the third and final season of her Hulu series. (Chance of Leaving: 89 percent) 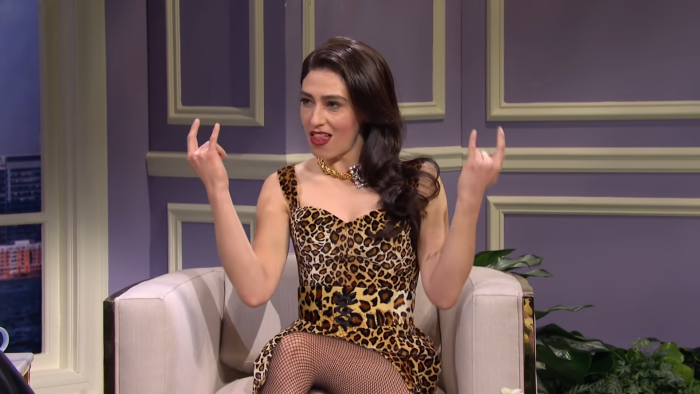 Melissa Villaseñor — Villaseñor has been on the show for five seasons now, but SNL has never really known what to do with her. She is strong at impressions, but so is Chloe Fineman. She’s complained this year about being underused, and over the weekend, Villaseñor even announced that she was leaving the show before backtracking. Leaving is probably for the best, otherwise, she might not be given the choice. (Chance of Leaving: 80 percent)

Pete Davidson — I don’t think that leaving the series is a particularly good career move for Davidson, but he’s always kind of sh*t-talking the experience, he’s played the lead in a couple of features now, and he’ll be in this summer’s Suicide Squad sequel. I don’t really understand it, but he’s also famous for being Pete Davidson. I don’t have to understand it for it to be true, however, and his segment on “Update” this weekend felt like a goodbye. (Chance of Leaving: 75 percent)

Kenan Thompson — The longest-running SNL cast member ever has 18 seasons under his belt now. He has also publicly stated that he still enjoys doing it and is in no hurry to leave. On the other hand, his sitcom, Kenan, was picked up for a second season, and Thompson may not be that keen on shuttling back and forth between Los Angeles and New York to do both shows for another year. (Chance of Leaving: 65 percent)

Colin Jost — Jost is a tough one to predict. He wrote in his memoir that he was contemplating leaving after the election, but he didn’t. Aside from being married to Scarlett Johansson, he doesn’t have that much going on, and as head writer, he might want to help groom the new generation. Plus, he and Che have found a rhythm, and now that Trump is gone, most people don’t hate them anymore! I still think, however, it’s slightly more likely than not that he will leave. (Chance of Leaving: 55 percent) 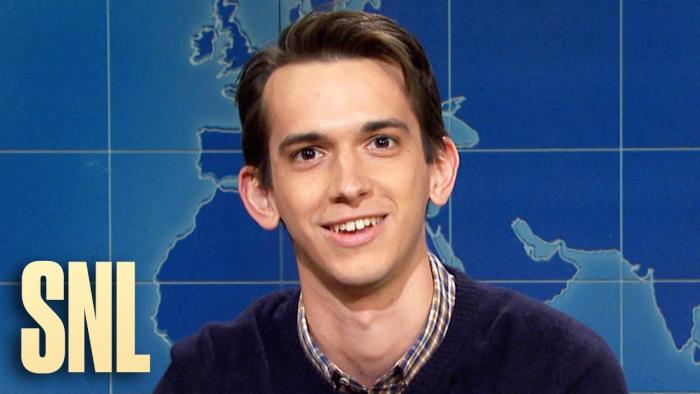 Andrew Dismukes — Remember Jon Rudnitsky? Brooks Wheelan? Luke Null? Or John Milhiser? It’s kind of funny how unsuccessful Lorne Michaels has been over the last decade in recruiting white men — only Pete Davidson, Beck Bennett and Mikey Day/Alex Moffat have been successful, and most folks still couldn’t tell you the difference between Day and Moffat. Dismukes is likely to fall into this category, although he could go the Mike O’Brien route, which is to say: Move from cast to writer. (Chance of Getting the Boot: 50 percent)

Beck Bennett — If Strong, McKinnon, Bryant, and Kenan all left, Bennett would be the longest remaining cast member, and for whatever it’s worth, he’s a great utility player. SNL is always going to need a douchebag boss or lame dad or a beer-swilling brah. I think he’s probably got a couple more seasons left in him. (Chance of Leaving: 20 percent)

Michael Che — Che said within the last month that there is a 97 percent chance that he will return. He would return, with or without Jost, but obviously, that’s more likely with him. (Chance of Leaving: 10 percent)

Punkie Johnson and Lauren Holt — The other two featured players (in addition to Dismulkes) didn’t get a ton of screentime this year, but I can at least tell you who they are, and they did start appearing a little more toward the end of the season. I think they get at least another season to prove themselves.

Everyone else seems to be safe. In fact, moving ahead, the show will likely center on their strongest players after Bryant/McKinnon/Strong leave: Bowen Yang, Ego Nwodim, Heidi Gardner, Chris Redd, and maybe Chloe Fineman. They’re the future of the show, while Mikey Day and Alex Moffat are the Taran Killams, Beck Bennett could be the next Kenan, and Kyle Mooney is just gonna stick around to annoy me.