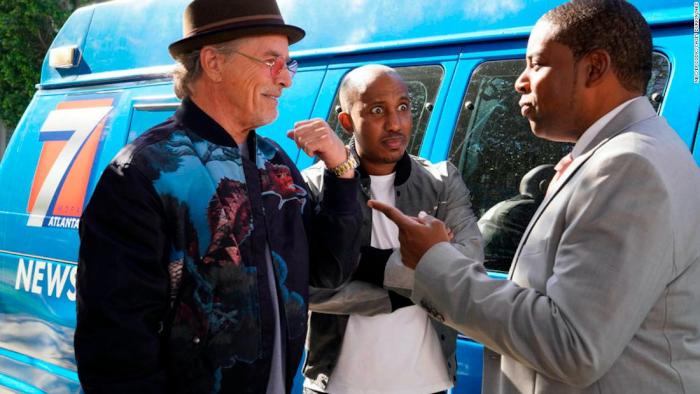 'The Young Rock,' 'Kenan,' and the Value of a Good Family Sitcom

Before I had kids, I was often dismissive of family movies and family sitcoms. I’m not sure I ever really appreciated how valuable a movie like Jumanji or Paddington could be: Films that connect or entertain family members of all ages that are actually good. Decent family sitcoms are likewise rare, and in recent years there have only been a handful that an eight-year-old, a 12-year-old, and their parents would actually want to watch together.

Up until recently, that list is been limited to three: Mixed-ish, The Goldbergs and Black-ish, although the subject material on Black-ish occasionally is unsuitable for younger kids, like last week’s pot episode. (Fresh off the Boat and Speechless, which are no longer airing new episodes, are also good fits for families with younger kids.)

It’d been a while since we’d been introduced to a good new one, but last week, NBC premiered Young Rock and Kenan, both of which hit that family sitcom sweet spot, which is to say: My kids like them, and I’d watch them even if I didn’t have kids.

Young Rock is about the early life of Dwayne Johnson. The framing device sees Dwayne Johnson 12 years into the future running for President and sharing stories about his childhood with Randall Park, who is playing Randall Park, an actor turned journalist (Randall Park is the best part about the show). The framing device is a little arrogant/obnoxious on the part of Johnson, but it effectively sets up the stories about a kid who was obsessed with his father — a well-meaning but struggling wrestler (Rocky Johnson, played by Joseph Lee Anderson) — and his efforts to fit in at school where he was a poor kid and was so big everyone thought he was a 21 Jump Street-like narc. It’s Dwayne’s mom, Ata (Stacey Leilua) — who cleans houses to keep the family afloat while Rocky chases his dreams — that provides the heart, at least when young Dwayne Johnson (Adrian Groulx, as a 10-year-old, Bradley Constant as a 15-year-old, and Uli Latukefu as a 20-year-old) isn’t providing it himself.

Young Rock is like a number of Dwayne Johnson family films, which is to say: More charming than good, very polished, and yet a little clumsy in its execution. Ultimately, however, it’s enjoyable. For parents who had even a passing familiarity with wrestling back in the day, it’s also fun to see young versions of the Iron Sheik, or Junkyard Dog, and Andre the Giant, or the other wrestlers with whom Dwayne Johnson’s father kept company.

Kenan, likewise, has been a little clumsy out of the gate, but the sitcom has a huge heart and a lot of potential. I can see Young Rock running for two seasons before Dwayne Johnson himself gets tired of it (the first two episodes have already repeated themselves), but Kenan is designed for the long haul, and that’s in part because of the talent both in front of and behind the camera. Obviously, Kenan Thompson has decades of experience, both in Nickelodeon sitcoms and 18 years of SNL, but the show also comes from David Caspe and a Happy Endings collaborator, Jackie Clarke. It’s a family sitcom with a Happy Endings sensibility, which is to say: There are a lot of great jokes that go over my younger kids’ heads.

Kenan is about a recently widowed father trying to raise his daughters with his kooky father-in-law, Rick, played brilliantly by Don Johnson. Kenan’s SNL co-star Chris Redd plays his brother, who basically plays Charlie from Black-ish. That is not an insult. Kenan also works as the host of a morning show, where Mika (the amazing Kimrie Lewis from Single Parents) plays his producer and probably his season 3 love interest. Taylor Louderman plays his co-host and Fortune Feimster handles the weather but mostly just steals scenes. Dani and Dannah Lane play Kenan’s daughters, and they are real-life sisters, which probably explains their chemistry (and confidence).

Kenan is not quite fully formed, in part because while Kenan is the star (and he is great), the supporting cast is so strong that the sitcom will invariably morph into more of an ensemble as it untethers from its premise (not every episode can be about grieving his late wife). The ingredients for greatness are there, though, from the sharp, referential writing to the cast, and it’s already clear that pairing Chris Redd with Don Johnson is going to be very hard to resist. Moreso than Young Rock, in fact, Kenan is definitely a show I would watch with or without my kids. The fact that it’s also suitable for them is gravy.

The Young Rock and Kenan air Tuesdays on NBC.