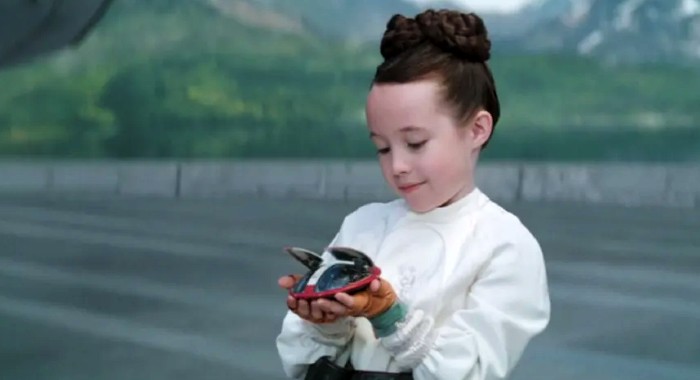 Previously on Obi-Wan Kenobi: After tracking Obi-Wan, Leia, and Tala following their escape from — damn… damn, dammit… — Fortress Insquitorius, Reva and a battalion of Stormtroopers assemble outside a Path outpost on Jabiim for a full-on assault. In an attempt to defuse the situation and buy time for an evacuation, Obi-Wan requests to speak to Reva through the outpost’s blast door. Through their conversation, Obi-Wan learns that Reva was a Youngling in the Jedi Temple who witnessed Anakin Skywalker murder her classmates. Consumed by her hatred for what the Sith Lord did to her friends, Reva has been working through the ranks of the Inquisitors to get closer to Vader. However, when Obi-Wan offers to help, Reva’s anger is too much, and she rips down the blast doors with the Force, allowing the Stormtroopers to pour in. Tala sacrifices herself so Leia and the others can escape, and Obi-Wan reluctantly joins them after failing to convince Reva not to face Vader alone. She does, and it ends very badly thanks to Vader knowing what she was up to the whole time. Left for dead, Reva stumbles upon Obi-Wan’s communicator, which got dropped in the scuffle. After playing a message from Bail Organa, she learns of a certain child being protected on Tatooine. (It’s Luke Skywalker because of course.)

Folks, I’m going to be honest with you. I’ve been punting this recap because I don’t know how many times I can repeat the same freaking problems with this show, and this is actually one of the better episodes! Crazy enough, despite the school shooter vibes, last week’s Part V is hands down the strongest installment thanks to Andrew Stanton helping out with the writing for the last two episodes. Unfortunately, there’s only so much you can do with the corner that Obi-Wan Kenobi painted itself into from the jump.

That said, if you’re one of those people who went into this series saying, “I don’t care. I just want to see Ewan McGregor and Hayden Christensen have another badass lightsaber fight,” the finale absolutely delivers on that front. Going all the way back to the prequels, McGregor with a lightsaber has never failed to be a joy to watch. His Obi-Wan is clearly the most badass brawler in the whole Skywalker Saga, and despite the anti-climactic encounter mid-season, he absolutely brought it for the heavily touted “rematch” with Vader.

As for Christensen, I gotta give props to Obi-Wan for actually delivering a lightsaber battle where Vader isn’t completely stifled by his suit. These two really went at it, and for once, it didn’t feel like McGregor is fighting an action figure with no articulation, which my fellow Star Wars dorks and I know the sting of all too well. All too well…

Anyway, as much as I dog on this show for looking like a televised stage play, I have no problem conceding that the Obi-Wan and Vader rematch is surprisingly solid. (I’m going to assume besides McGregor’s wallet, this scene is where most of the money went.) Fans got the cracked Vader helmet they were waiting for with Christensen’s scarred face underneath, and the whole changing voice effect was a nice touch. McGregor also acted the sh*t out of hearing Vader tell Obi-Wan that he didn’t kill Anakin, “I did.” 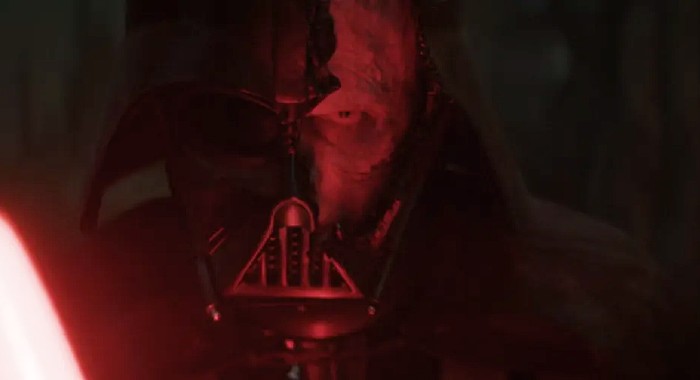 The saber fight is easily the highlight of a series that has been a jarringly mediocre mash-up of confounding decisions. Case in point: Even this scene ends on a weird note. Namely, Obi-Wan not killing Vader. Obviously, canon prevents from that happening, but there’s really nothing in who Obi-Wan is as a character from stopping that outcome. For starters, he had no problem killing Anakin in Revenge of the Sith. As difficult as it was because of their relationship, the dude was a child-murdering psycho. It had to be done. During the rematch, Obi-Wan is specifically told that Anakin is dead and the person in front of him is Darth Vader, also, a child-murdering psycho. On top of that, Obi-Wan should now be keenly aware that leaving this guy for dead without finishing the job is a terrible idea. And yet, he still walks away.

If you’re thinking Obi-Wan has grown and evolved as a Jedi or some sh*t, nope! As Star Wars fans know, he’ll kill Darth Maul (for the second time) shortly after this in Rebels. There is literally no reason for Obi-Wan to leave Vader alive except for being trapped in the confines of a prequel. Unless you want to open up the can of the worms involving the Force, predestination, and the absolute lack of dramatic stakes contained therein, which folks, I ain’t got time for. And neither did the show, apparently.

While Obi-Wan’s relationship to Vader and Leia are the centerpieces of the show, Reva’s arc is definitely up there, and the creative team, as usual, made some real choices here. Once again, another Star Wars series couldn’t resist involving Luke Skywalker. Granted, no one’s pissing in the eyes of God with some unholy Deep Fake creation, but Obi-Wan Kenobi continued to do a real number on jumbling up the once straight-forward story in A New Hope.

In the original Star Wars, Luke is a restless farm boy, yearning for adventure beyond the boring trappings of living with his aunt and uncle. In Obi-Wan, a goddamn Inquisitor barrels through his house while said aunt and uncle whip out blasters and get ready to f*ckin’ Rambo some sh*t. It’s yet another confounding decision because not only is the show messing with the film that started it all, but the whole thing is blandly inert because Luke, Owen, and Beru are clearly going to be fine. (See, also: The Obi-Wan vs. Vader fight.)

In a nutshell, Reva easily makes her way to the Lars farm, tears through Owen and Beru without killing them because, again, she can’t, and then chases Luke to a ravine where he trips and knocks his stupid ass out. However, Reva can’t bring herself to murder the boy even knowing that he’s Vader’s son, which the show never once explains how she has that information. It’s the Jedi’s final, most closely guarded secret, and Reva just had a hunch, I guess. As Obi-Wan arrives because the Star Wars galaxy has gone full Game of Thrones in regards to travel distances meaning absolutely nothing, Reva carries Luke home and safely returns him to Owen and Beru. Feeling like she failed to honor her friends murdered by Anakin, Obi-Wan tells Reva that she honored them by sparing Luke. Then, I’m not even joking, we never see her again. Poof! Gone. She goes the way of Sung Kang’s Fifth Brother, who this show just completely forgot existed. Seriously, I don’t even remember if he was in the previous episode. Talk about a waste of a perfectly good Han Seoul-Oh.

Of course, Reva’s open-ended arc raises the question of whether this show is truly a limited series, or if it was a launchpad to squeeze more blood from the Star Wars stone. Fans are clamoring for a Reva spinoff, Hayden Christensen has openly said he wants his own Vader series, and Ewan is already out here talking about a Season 2. 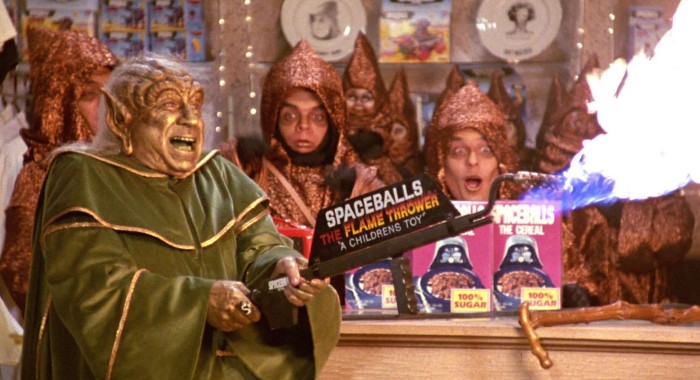 And now to Leia. If it seems like I’m treating our little space princess as an afterthought, I learned it by watching you! (You = Obi-Wan.) From the start, Leia was a neat reveal, and again, I credit Lucasfilm for keeping her involvement a surprise. That’s no easy trick. However, while Vivien Lyra Blair was adorable and genuinely did Carrie Fisher proud, the show really handcuffed itself with this concept. If Vader isn’t supposed to know he had a daughter until Return of the Jedi, the writers already have to pull off some huge narrative gymnastics if they’re going to essentially attach her to Obi-Wan’s hip.

Unfortunately, the solution to preventing Leia from colliding with Darth is to have Obi-Wan literally abandon her in almost every episode. I mean, Andrew Stanton came in for Part V, and he went, “Well, this sh*t is a problem. Shove her in a vent!” As for the finale, well, back to good ol’ abandoning. With Vader on their tail, Obi-Wan once again ditches Leia with a group of total strangers so he can draw his old apprentice away for the mandated rematch.

Despite a few precocious moments, Obi-Wan and Leia’s relationship never truly clicks, which is why it’s wild that the show decides, out of nowhere, that Obi-Wan returning to his full strength is because of his love for Leia. Oh, and Luke, too. Sure, sure. (This may sound like snarky commentary, but there’s a flashback montage where Obi-Wan remembers all of his scenes with Leia, and the one shot of Luke from the first episode is tossed in because that’s all the footage they had. It was freaking hilarious in how even the show went, “Ah right, there’s another kid. Dammit.”)

As for how Obi-Wan squares the fact that Leia seems to have no recollection of the show’s events in A New Hope, he makes a special visit to see her after the whole Reva ordeal and makes Leia promise to… pretend they don’t know each other. Yup! Yup yup yup.

So that’s that loose end. Obi-Wan returns to Tatooine where he gets to say the “Hello there” line to Luke, firing up the Leonardo DiCaprio watching TV meme everywhere, and Liam Neeson pops up for his inevitable Force ghost cameo where he basically tells Obi-Wan, “I was here the whole time, you idiot.”

The End. God, I never want to watch another one of these again even though I will when Andor comes around. I seriously need to reevaluate my life.


← Review: 'Elvis' is What a Baz Luhrmann Biopic of Presley Was Always Going to Be | In the Latest 'Ms. Marvel,' Kamala Khan Is Wanted, Dead Or Alive →