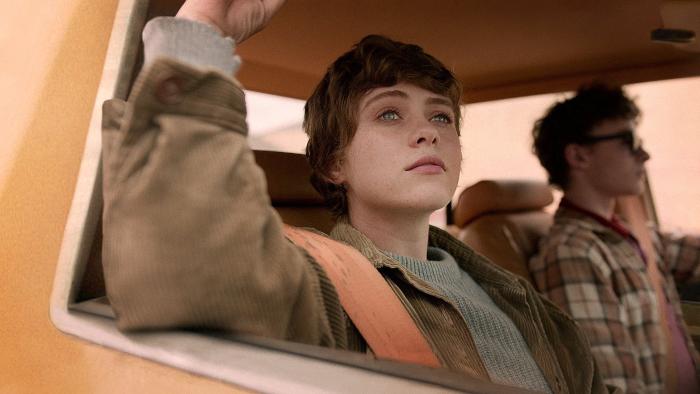 'I Am Not Okay With This' And The Normal Female Lead

If you’re here only to find out if I Am Not Okay With This is a good show and if you should watch, I’ll cut to the immediate chase: I Am Not Okay With This is a good show, and you should watch it. If you want a little more detail, I’ll warn that things get spoiler-ish but I won’t ruin any surprises. One thing that shouldn’t be a surprise but might be is that I AM Not Okay With This isn’t really an origin story, at least not in terms of seeing how a superhero/supervillain became the person we now know they are. It doesn’t tell us who exactly Sydney Novak (Sophia Lillis) is, and it’s absolutely what makes the show better than ninety-percent of origin stories (Joker, I’m looking generally in your direction). In fact, it’d be better to not think of the show as an origin story but as a coming of age story, where the person coming of age has a weird quirk in the form of being able to shoot bowling balls at people with her mind (puberty, amirite?).

There’s been a definite pushback against the idea of the Strong Female Lead for years, but it seems to be finally breaking through on multiple fronts. One of the biggest benefits of not requiring Strong Females is that we can also start breaking down the idea that strength and weakness are binary (Very few things are binary anymore. Welcome to 2020, folks). People aren’t just strong or just weak, but we’ve become accustomed to accepting that characters, female characters in particular, are either saving themselves from certain doom or they’re not very strong. Which is, you know, bullshit? It’s not just that they’re one or the other, it’s that they’re always one or the other. We can watch Sarah Connor blow up any number of huge, murdering machines, but the second we see her express pain and sadness at losing her son, we’re somehow all, “HA. I knew she wasn’t that tough!”

Sydney Novak is fucking tough. Not in blowing-up-and-punching things ways, but in normal I’m-a-person-and-therefore-suffer-difficulties-and-adversity ways. At the beginning of the series, Sydney is living in a small, shitty town in Pennsylvania, where she feels like an outsider shortly after her father killed himself. Which has forced her mother to work additional hours in order to keep them from being evicted from the house where her father killed himself, which has, in turn, put more of the housekeeping and little-brother-watching responsibilities on Sydney. Sydney, I will remind you, still feels wildly alienated in her town and school except for when she’s with her first and only best friend Dina (Sofia Bryant) who has just started dating the school bully. Also, Sydney has discovered that she’s able to move things with her mind but absolutely can’t control it, leading her to feel more out of control, which exacerbates that whole moving stuff with her mind thing. So, yeah, she’s having a minute.

Also, in a disclosure that will shock exactly no one, yes, I easily identify with Sydney. In part because of the dead dad thing, and in part because a friend texted that I remind him of Sydney minus the mindpowers (for now), which I’m going to take as a compliment (Thanks, Matt). Mostly because of the absolute infuriation Sydney feels when she asks for help and isn’t able to get it. In general, I tend to be a pretty laid-back person. I’m even-keeled, dependable, and don’t get stressed out easily. I show up for people, and I try not to ask too much of them because I want people to know that having a relationship with me means I won’t be a burden on them or their resources. I like to make myself an asset to people. Which is why, in the event that I do ask someone for something, I WILL LOSE MY ABSOLUTE SHIT ON THEM IF THEY DON’T JUST FUCKING GIVE ME WHAT I NEED. Watching Sydney navigate situations where she felt enraged at not getting what she needs, while being fully aware of the fact that no one was actually doing anything wrong, reminded me a lot of myself as a teenager. And also last week. Now is also when I get enraged at people for not doing what I need.

All of which is to say, it’s wildly refreshing to see a character, especially a female character, be allowed to overcome difficulties imperfectly. Sydney isn’t a Strong Character, but she’s (for the most part) handling her shit. Her story isn’t about how she’s imperfect now, because we all understand being imperfect isn’t something she needs to overcome in order to advance her story, but just a fact that sometimes people lose their shit and can still be okay. The story is about being okay with not being okay with some things and hoping that eventually, we’ll all discover our own inner power to move stuff with our mind.

← 'The Witcher' Honest Trailer Celebrates All of Those Perfect Henry Cavill F-Bombs | Let's Talk About The Best Players On 'Survivor: Winners at War' →