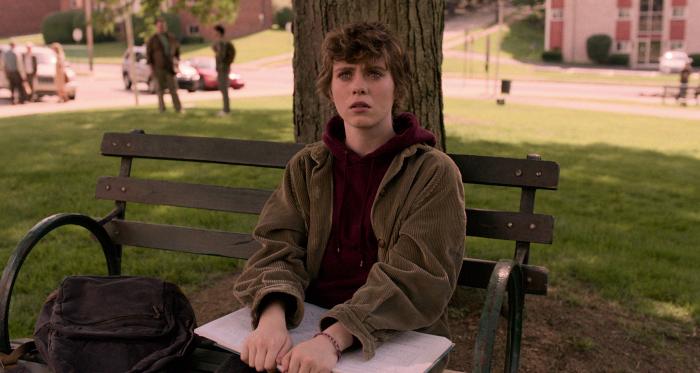 Netflix’s I’m Not Okay With This is a new series about a teen girl named Sydney played by Sophie Lillis, who suddenly discovers that she has special powers. You’ll recognize Lillis as young Beverley from It. The series, like End of the F***king World, is adapted by Jonathan Entwistle from a Charles Forsman graphic novel. It hits Netflix on February 26th. It looks terrific. It’s like adorable hipster Carrie.

I’m not entirely sure what’s going on in the trailer for Run, except that it’s a horror movie, it’s creepy as hell, and it’s about a mother turning on her daughter, and it’s set to be released on Mother’s Day, which is a fun irony. It comes from Aneesh Chaganty, who directed John Cho’s Searching.


Roxana saw Endings, Beginnings with Shailene Woodley, Jamie Dornan, and Sebastian at TIFF last year and did not care for it. Shailene Woodley should only do romantic dramas with Miles Teller. This trailer looks like a drag, the solid cast notwithstanding.

Dream Horse looks like feel-good crack. It stars Damien Lewis and Toni Collette, and it’s based on a true story about a barmaid (Collette) who recruits neighbors and co-workers into a scheme to contribute to a community fund and breed a racehorse. I mean, if there’s a movie made out of it, the scheme must have worked. I welcome the emotional manipulation.

Finally, here is the trailer for Beforeigners, a six-part Norwegian series that is just now beginning its run stateside on HBO. It is about people from different eras — the Stone Age, the Viking age, the 19th century, etc. — who just suddenly appear in the modern world. Some acclimate. Some do not. The first episode is available on HBO right now, and seriously, this is what I am watching tonight. It looks fantastic.

I almost hate to ruin the trailer for such a promising show with the trailer for a Quibi series, but I’m going to anyway. Quibi launches in April, y’all. Last week, I ranked the prospects for the new shows based on the trailers. None of the trailers I have seen so far have convinced me to plunk down $8 a month for a streaming network I can only watch on my phone. Barkitecture, about luxury dog houses, does not change that dynamic.


← Everyone Adores Pete Davidson. Why? | Rachel Bilson and Bill Hader Are Still Dating →