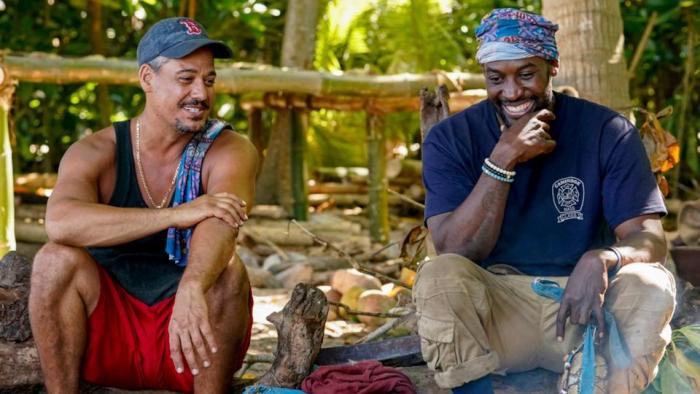 Let's Talk About The Best Players On 'Survivor: Winners at War'

My family and I wanted to catch up on a few more older seasons before embarking on Season 40 of Survivor, so we just now caught up over the weekend, and holy shit, I cannot believe how intense this season of the long-running show has been. I’ve been revisiting so many old seasons that I forgot how fast-paced the game is now, and how soon it starts. Poor Amber and Natalie didn’t even get a chance to work their magic before they were sent off to Extinction Island (for Natalie, honestly, she’s got them right where she wants them).

There are probably plenty of people who are like, “Survivor is still on?” (these are the same people who say, “SNL is still on?”), but it is insane how compelling the show remains forty seasons into what was basically a television experiment that began airing in the summer of 2000. Part of why it continues to be good television is because of how well the game has evolved. The show is always adding new elements to keep it interesting (this season, it is fire tokens), but what always keeps most of us coming back is the unpredictable social game on Survivor. Basically, they set up a game of Lord of the Flies twice a year, and the game never works out the same way twice. Couch potatoes and screenwriters afraid of the outdoors can become unexpected heroes, while brilliant and/or athletically inclined players can be voted out early on.

In recent years, the show has evolved in ways that often reward mediocrity (see both Adam and Nick from this season), as threats — both physical and strategic — are eliminated early on, and the game often ends up working like our political system frequently does: A choice between lesser evils. Earlier seasons, however, favored stronger leaders and those who had the ability to combine strategy with physical strength. Fear has also worked, as well, in the case of Boston Rob, while fear combined with chaos may get a player to the end, it will not earn them a victory (see Russell Hantz. Twice).

It sometimes takes a few episodes for a new season to work its magic, but the 40th season brought back 20 past winners, people Survivor fans already know, so we already had allegiances before the game even began. Aside from Cochran, the five players I consider the all-time best are present here in the 40th season: Boston Rob, Parvati, Sandra, Kim, and Yul. I don’t think, however, that Rob, Parvati, or Sandra have a shot in hell this season. Ironically, Rob and Parvati — who operated in competing alliances in Heroes vs. Villains — are aligned here against Sandra, who was Rob’s biggest ally in Season 20, which she inexplicably won over Parvati, who played a much better game that year. This season, however, Sandra was quick to vote out Amber, lest Rob gain too much power. Last week, Rob’s own tribe also voted out Ethan, because they fear Rob and Parvati enough not to write their name down, but not so much that they won’t weaken Rob’s alliance.

Ultimately, that’s why I think that both Rob and Parvati are doomed this season unless Rob can get a lot of help from Amber and Ethan from Extinction Island. Their reputations as two of the greatest players ever will immunize them for a few days, but ultimately, their alliances will either crumble or turn against them. Television viewers would love to see Rob or Parvati (both of whom are married to other Survivor contestants now) win again because they provide great television, but that’s exactly what makes them the threats that must be removed.

It’s also why I think that either Yul or Kim are best suited to win season 40. They both have a very similar style of game — they can control the game like Rob does, but they hide their decisions behind other people. They’re great physical players, great leaders, and incredibly well-liked, but their secret weapon is the ability to both control the game and stay under the radar. It’s like combining the powers of Cirie and Boston Rob into one person. If they want to win, all they have to do is form their own alliance together, join Rob and Parvati at the merge, and then use someone like Adam or Nick (the worst!) to slash Rob and Parvati’s throats and then sit next to them at the final Tribal council as their goat.

God, I love this game.

What do y’all think of this season? Who do you think will win? What player do you have absolutely zero memory of despite watching their winning season (for me, it’s Michelle. It’s definitely Michelle).


← Netflix's 'I Am Not Okay With This' And The Normal Female Lead | 5 Shows After Dark: 'Twenties' Premiere BET, 'Party of Five' First Season Finale →