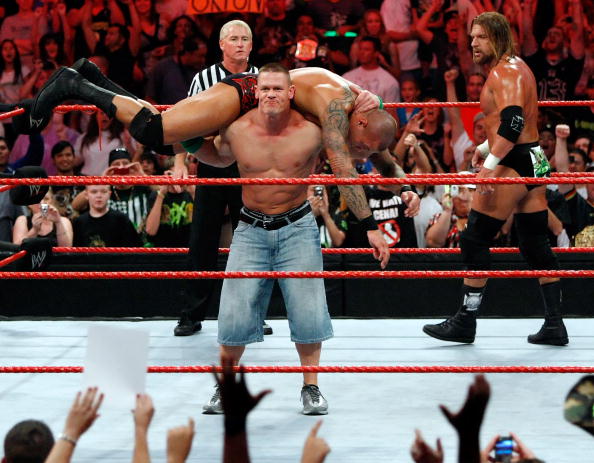 Peacock, the NBCUniversal streaming network, has struggled so far. Through some early-bird special, I was able to subscribe for a year at $25, and honestly, it hasn’t been worth it. I like the Saved by the Bell reboot, Lennie James’ Save Me was pretty good, and the third season of AP Bio was good, too, but mostly, Amber Ruffin has been the best reason to subscribe, so far.

Granted, Peacock is now the official home of The Office (and they make you pay to see any season beyond the first and second), and the second Psych movie was OK, but the streamer hasn’t yet given me a reason to pay $5 or $10 (for the ad-free version) a month after my annual subscription expires.

To be honest, it still hasn’t, but it’s going to move the needle for a lot of people now that it is the exclusive streaming home to the WWE Network in the U.S. The WWE Network will basically be merged into Peacock, although it will only be available to paid subscribers (although the ad-supported version will be cheaper for the 1.6 million existing WWE Network subs). WrestleMania and Summer Slam will also be included.

This also retroactively makes sense of NBCUniversal’s decision to shut down the NBC Sports Network last week. That network’s coverage of the NHL, the English Premier League, and NASCAR will now be moving to Peacock, as well.

Now, if someone could move all of the NFL’s games to a streaming network, there’d be no more reason to subscribe to cable ever again.

Peacock also recently renewed Saved by the Bell for a second season, and the Punky Brewster revival will premiere on February 25th. They should make for great companion series to Law & Order reruns and the WWE. Peacock! Our Brand is “F**k It!”