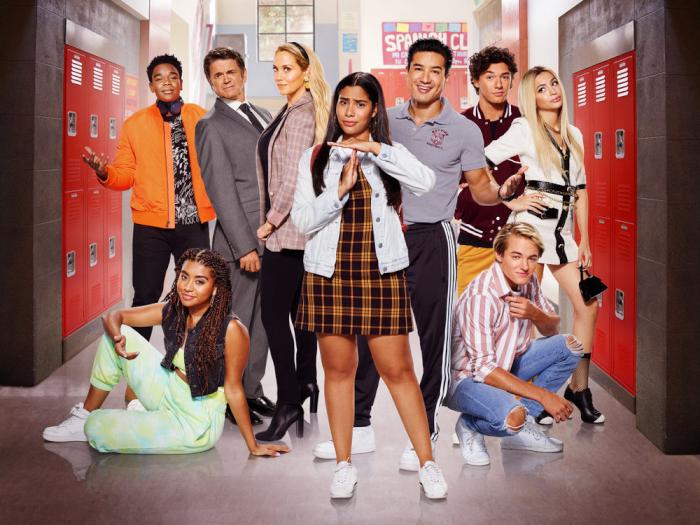 Renewal News: 'Saved by the Bell' and 2 More Series Get Green Light

I can’t confirm what else is currently streaming on Peacock — there are far too many streaming services to keep up with already. But, if you’re a paying customer, then the Saved by the Bell reboot is definitely worth checking out. The sitcom has officially been renewed for Season 2 and it’s pretty exciting. It was the last show I expected to be great in 2020, but alas I was happily proven wrong and ended up enjoying the series quite a bit. Just like with Season 1, Saved by the Bell Season 2 will consist of ten episodes and I can’t wait until it’s out.

Elsewhere in renewal land, Snowpiercer has officially been given the go ahead for a third season. The news isn’t surprising since it seems to be doing well enough on TNT after years and years of delays and showrunner/director swapping. The series, which stars Daveed Diggs and Jennifer Connelly, will premiere its second season on January 25. I liked Season 1 well enough and thought it had a pretty great cliffhanger that will cause a lot of chaos in Season 2. Sean Bean has also joined the cast, which of course makes me think that his character’s going to die (but he probably won’t).

Last but certainly not least, Bridgerton is nearing renewal this week. The immensely popular Netflix series, which sparked a lot of conversation for the way it portrayed (and ignored) assault, is based on the book by Julia Quinn and is a period romance. Netflix released a fourth quarter shareholder letter that pretty much teased “some exciting news about Bridgerton.” I wouldn’t even be surprised if Netflix up and renewed the show for two more seasons at the same time. Why not? Quinn’s got plenty of books to draw from, so the well is pretty full.

← Transition Updates: The Bidens Will Come in with the Lowest Bar in the History of American Presidents | Ben Affleck and Ana De Armas Might Get Back Together Soon →