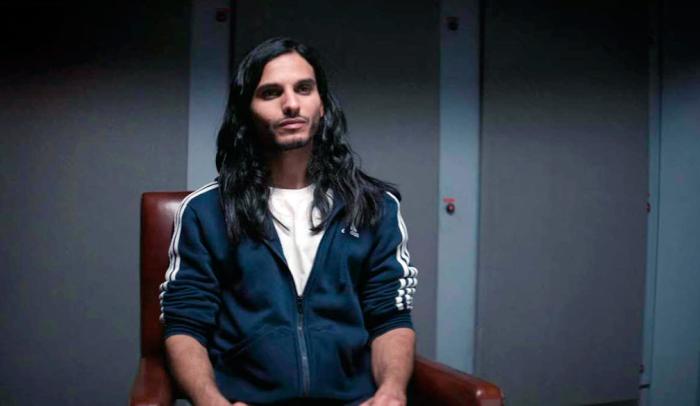 'Messiah' Review: Netflix Jesus Is a Real Goddamn Bore (Spoilers for the Ending)

Full disclosure: I did not watch all of Netflix’s Messiah. For reasons explained herein, I only watched the first episode — to determine if it was any good — and the last episode, to find out how it ended. Both episodes were excruciatingly dull and, ultimately, predictable.

The series comes from, among others, the husband and wife team of Mark Burnett (The Apprentice, Trump’s inauguration) and Roma Downey (Touched by an Angel, The Bible mini-series), so you probably know roughly what to expect from a show that essentially commodifies religion. Basically, the series is Homeland crossed with Miracle on 34th Street, only instead of Santa, it is Jesus whose identity is in question.

The series plays out just as the logline promises, only it’s far less interesting and much, much longer:

When a CIA officer investigates a man attracting international attention and followers through acts of public disruption, she embarks on a global, high-stakes mission to uncover whether he is a divine entity or a deceptive con artist.

The CIA officer is Eva Geller, played by Michelle Monaghan, who used to be in very good things, but she’s over 40 now and a woman, so she has to make shitty Netflix series while her Mission Impossible co-star gets to make a sequel to a movie that came out when Monaghan was 10 years old because patriarchy. (Aside: My son, who is studying for his Bar Mitzvah, once asked our rabbi — who is gay and fantastic — why God treated Eve so much worse than Adam, and our rabbi said simply, “Patriarchy.”)

The man is Al-Masih, played by Mehdi Dehbi, and he claims to be the Son of God. In the series’ opening sequence, he attracts a crowd in Damascus before it’s about to be destroyed by the Caliphate. As a news announcer says over the television airwaves that “only an act of God” can save Damascus, a giant sandstorm blows through and saves it, driving out ISIS. Al-Masih, who basically claims responsibility for the sandstorm, thus attracts a large following. He is subsequently detained, however, and Aviram Dahan (Tomer Sisley) is asked to interrogate him. Aviram has a dark past and a guilty conscience, and Al-Masih seems to know all about it, even though he’s never met Aviram.

Nine episodes later, we find out why Aviram has a guilty past. He shot and killed a 14-year-old that he was interrogating after finding out the teenager was the son of the man who killed Aviram’s mother. Eva Geller, meanwhile, seems to maybe believe that Al-Masih may be who he says he is, but a man who works for the President of the United States played by character actor Michael O’Neill (who looks like bureaucracy personified) releases to the press the background they have on Al-Masih. He was raised by his uncle, a street performer; he spent his 20s in a mental institution; he’s been under investigation by the CIA; he has links to a radical thinker who opposes capitalism.

Basically, some shadowy White House official discredited Al-Masih. As the interrogator, Aviram, is flying Al-Masih back to the Middle East to imprison him, the White House basically shoots down his plane “to save the Presidency.” (I’m assuming that Al-Masih’s growing influence had threatened the Presidency). As the plane is going down, Al-Masih tells Aviram that the last thing he will see before he dies is the face of the teenager that he killed. Right before the plane crashes, Aviram says that “he’s sorry” for killing the boy, which I think is meant to be tantamount to being “saved.”

Cut to the plane’s wreckage. Somehow, Aviram and Al-Masih have survived the crash. A boy in the area, who arrived on the scene right after the crash, tells Aviram that he was dead, that flies were crawling around his mouth, but Al-Masih touched his heart and resurrected him. Aviram is not quite sure if he should believe the boy or not, but as he looks over at Al-Masih and another colleague who survived the crash and is kneeling before Al-Masih, Aviram begins to think, “Huh. Maybe he is Jesus.” Roll credits.

So, is he Jesus? A fraud? Or even The Anti-Christ? ¯\_(ツ)_/¯, and that’s the point. If it were definitively revealed, there’d be no second season. The real question is: Is it worth suffering through 10 tedious hours of this series to arrive at that ambiguous ending? As Steve Carell’s Michael Scott once famously said upon hearing that Toby had returned to The Office: “NO GOD. NO GOD, PLEASE NO, NO, NO, NOOOOO.”