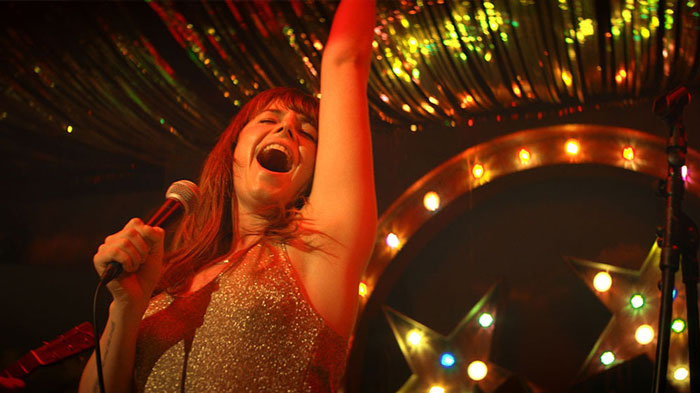 In the thick of award season, it’s far too easy to forget the smaller movies that blew us away over the past year. So, Pajiba’s reviewers have singled out some of the best art house films that 2019 had to offer. Below, there are daring directorial debuts and savage sophomore efforts, cutting comedies and harrowing horror, ravishing romances and dramas we just can’t forget.

Adopt A Highway —The opening minutes of Adopt A Highway, the directorial debut of Logan Marshall-Green (the star of last year’s Upgrade), opens with a stark look at what American prisoners face as they’re released. Russell (Ethan Hawke) is at the end of his 21-year sentence, busted for an ounce of marijuana back in California’s three-strikes days. He is slowly shuffled through the prison’s administrative system, given his belongings in a sack, and gently but firmly pushed out onto the street. There he stands, a man from another decade, facing a world he barely recognizes with no one and nothing to provide him with any kind of guidance. —TK Burton

The Art of Self Defense —It’s basically a dead-pan Fight Club, but re-written to make sure everyone gets the message loud and clear that the club is NOT COOL, GUYS, and most definitely IS NOT THE ANSWER. —Tori Preston

The Farewell —When I RSVPed for a press screening for The Farewell, my paternal grandmother had just been diagnosed with terminal cancer. Doctors told us she could have months or days. The day I was supposed to see this movie turned out to be the day of her funeral. I didn’t make the screening. A few weeks later, I had a second chance to see The Farewell. I saw it seeking catharsis through agony, hoping this movie would help me work through my grief like Still Alice had years before. But Wang didn’t make a movie about mourning and death. She made one about family and life. So even though I thought I knew what to expect, The Farewell wasn’t at all what I anticipated. And that was pretty wonderful. —Kristy Puchko

Fast Color — The superhero genre is such that all of the elements of Fast Color feel somewhat familiar: a young woman on the run, a power she can’t control, a past she’s trying to escape, a nefarious government organization out to get her. The overlap between Fast Color and comic book adaptations like X-Men or YA fare like The Darkest Minds is definitely, undeniably there—on the surface. Because what I thought of while watching the quietly confident film from filmmaker Julia Hart wasn’t any of those genre flicks, but of something very different: Toni Morrison’s Beloved. —Roxana Hadadi

Greener Grass — If you think suburbia is a suffocating hellscape of conformity and consumerism, you’ll revel in every twisted and aggressively twee moment of Greener Grass. The scathing social satire co-written, co-directed, and co-starring Jocelyn DeBoer and Dawn Luebbe sinks its braces-fastened teeth into suburban ennui, nuclear families, and the urge to keep up with the Joneses, with relish so wild you’ll gawk then howl with laughter. —Kristy Puchko

Midsommar (Theatrical cut or Directors Cut) — The first is a movie with a world so rich and characters so vibrant, that even at 2 hours and 27 minutes, I love it absolutely, felt satisfied, yet craved more. The Director’s Cut gives fans that more. With it, Aster re-opens the door, inviting us back into Hårga, heartache, and salvation. He gives us greater access to this movie we want to live in, and gives us the space to stretch out, feel the sun on our faces, the dance in our veins, and—just maybe—the grass growing through our toes. —Kristy Puchko

The Nightingale —The Nightingale, filmmaker Jennifer Kent’s follow-up to her horror breakthrough The Babadook, does not let up. This is a movie that is 136 minutes long that took me nearly 3 hours to watch at home because I kept pausing it to collect myself, to get a drink, to hug my partner. I’m not sure I’ve seen a movie this ceaselessly brutal since 12 Years a Slave, and I don’t think I’ll ever be able to watch The Nightingale again, and yet I haven’t stopped thinking about the film since I watched it. —Roxana Hadadi

Pain and Glory The question at the core of Pedro Almodóvar’s Pain and Glory is deceptively simple: Are you still an artist if you no longer create art? The narrative of the creative struggling with the act of creating is certainly a familiar one: on TV, think of Mad Men and BoJack Horseman; in film, Frances Ha, Ed Wood, Love and Mercy, or Birdman or (The Unexpected Virtue of Ignorance). But this is Almodóvar, of course, and Pain and Glory is suffused with so much contemplation and affection that it never feels like just another musing about creativity, its inspiration, and its absence. Instead, Pain and Glory feels like a visit from an old friend, someone you haven’t seen in years, someone who knows you deeply and sees you truly, someone who doesn’t deny the worst of you but also honors the best of you. This film is a confession, and a promise. —Roxana Hadadi

The Perfection —Film criticism is, at times, a tightrope of a gig. At its most basic, I should be telling you whether or not a movie is worth watching — or at least enough about what the movie gets up to that you can make that judgment based on your own tastes. Which is why it’s always exciting and intimidating when a movie like The Perfection lands in my lap, because I honestly don’t know what to say. I can tell you what I think of it (mind-blowing, gut-wrenching, unexpected and disturbing and downright lovely), but I don’t know if I can recommend it to everyone. To explain the plot without delving into spoilers is to tell you practically nothing — and, worse, I fear there are specific triggers I ought to warn people about, but can’t give away. Even discussing the film’s influences could spoil the surprise. So I’m sitting here, shadowboxing my way through a review of a movie that I absolutely loved, punching down all the things I desperately want to talk about and trying to find the things I actually should say. — Tori Preston

Portrait of a Lady on Fire —My breath caught in my throat, choked but ecstatic. My skin erupted into goosebumps, making the fine hair on my arms stand on end, scratching at the denim of the jacket the covered them. My scalp felt electrified as if every hair was pulsing with the music, a classical concerto I’ve heard a million times before feels like a spontaneous miracle. The physical pleasure of this elation raced down to the ends of my toes, curling them reflexively. This is the effect the final scene of Portrait of a Lady on Fire had over me. I was overcome and astonished, experiencing the full-bodied enthrallment of the enraptured woman, who held the final frame with a riveting yet effortless intensity. This absolute marvel of a movie is not to be missed. —Kristy Puchko

Them That Follow —Two lines of dialogue in Them That Follow effectively capture this film both as Mara’s coming-of-age story and as the portrait of an insular community resistant to change: “There are limits to what I’ll let you do to me,” Mara says to a man, and “We’re all being tested,” another community member opines. Them That Follow doesn’t judge its characters but expands the depiction of American Pentecostalism that we’ve briefly glimpsed in other pop culture like The X-Files, True Detective, and Justified, and centers the role of a woman within it. How to maintain individuality in a place that is intent on obedience rather than free will? How to practice one’s faith when faced with doubt? The film lets Mara, and us, decide for ourselves. —Roxana Hadadi

Uncut Gems —You have to hand it to the Safdie Brothers: They start Uncut Gems in Adam Sandler’s ass and never let up the intensity. Their latest crime thriller after the breakout success of the Robert Pattinson-starring Good Time is a relentless onslaught of people talking over each other, people in constant motion, people always hustling, doing so much that it becomes too much, all adding up into a certain milieu of New Yorkness that feels simultaneously authentic and performative. —Roxana Hadadi

Under The Silver Lake —This movie is a twisty and delirious fever dream, a movie that explores the extreme weirdness of Los Angeles and our obsession with conspiracy theories, a movie that taps into the wavelengths of David Lynch and Paul Thomas Anderson. It is often wickedly funny. It is intermittently nightmarish. It features an excellent performance from Andrew Garfield, one that veers between The Dude and Patrick Bateman. It includes little winks and nods to other films about LA, to Old Hollywood, to the traditions of the noir genre. For a certain type of cinema fan, Under the Silver Lake could become a cult favorite, and I guess it at least being available on VOD means you can watch it at home? No excuses! —Roxana Hadadi

Wild Nights With Emily —The story of Wild Nights with Emily is eye-opening and will dare audiences to reconsider their conception of America’s greatest poets. Olnek imagines these women not as stiff figures of propriety and female frustration, but as real women, with thirst, humor, and complexity. And she gives us all this in the swaddling of a delightful comedy, breezy yet barbed, so this biopic doesn’t feel like a stern history lesson or a dogged sermon. Like the remarkable poet at its center, Wild Nights with Emily is playful, clever, and alive. —Kristy Puchko

Wild Rose Wild Rose focuses on a young woman in Glasgow, Rose-Lynn Harlan, who wishes she had been born in Nashville because all she wants to be in life is a country music star (and don’t “take the piss” by saying “country/western. …just country”). Country music feels like a truly American brand of music and until seeing the trailer for the film, in fact, I had never really thought about whether folks outside the US listen to and perform country, but of course they do. I suspect there is a fascinating discussion to be had about how different people in different countries make country music their own, but I’m not remotely knowledgeable enough about the genre to be the one to lead that discussion. What I am capable of talking about, however, is how this film’s lead, Jessie Buckley, is a f**king star. —Seth Freilich

← Meghan and Harry Stepping Back as 'Senior Royals' | 'Messiah' Review: Netflix Jesus Is a Real Bore (Spoilers for the Ending) →