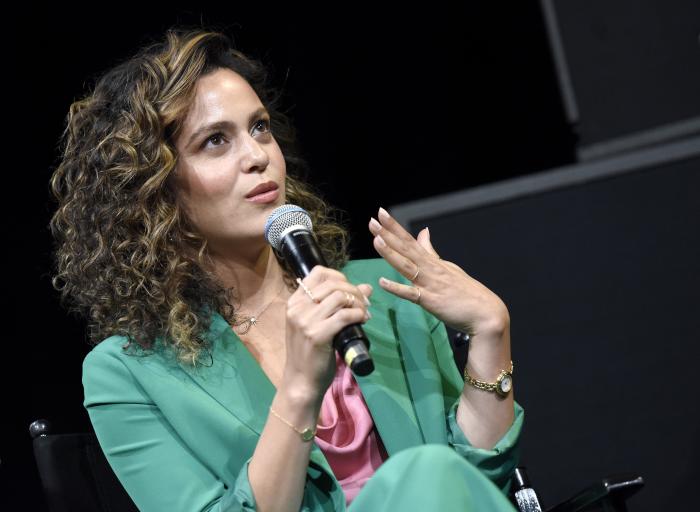 Moon Knight’s latest casting announcement will hopefully have you all rushing to Hulu to binge-watch the first two seasons of Ramy, after which you will surely be captivated by May Calamawy. And no, it’s not just because she and I share the same name. Calamawy is joining Moon Knight, the Oscar Isaac-starring series coming to Disney+ (eventually), in an important role. Her actual character description is currently unknown — Marvel’s vault of secrets remains well-guarded — but that doesn’t make this news any less exciting.

To start with, Calamawy is an Egyptian-Palestinian actress and that is great for Middle Eastern and North African (MENA) representation onscreen. What’s also great is that Moon Knight has also hired Mohamed Diab, who is Egyptian, as one of three directors for the series. Diab will actually be taking on six of the eight episodes in the series. All this MENA representation in front of the camera and behind-the-scenes in a major project like this one is pretty great. There is no doubt that Calamawy will do a phenomenal job in the mystery role. Let’s just hope that her character isn’t a walking stereotype.

All that said, it’s a pity that they didn’t cast a MENA actor in the leading role as well. Moon Knight gets his powers while he’s in Egypt from the Ancient Egyptian god Khonshu, so it would have been more meaningful if he’d been portrayed as such. And if they try to pass off Oscar Isaac as an Arab like they did in Body of Lies, it will be a major problem. For now, I’ll hold off judgement until there is more information about the show. Until then, I’ll just be in my happy corner celebrating Calamawy’s casting.


← Transition Updates: Some of These Republicans Are Now Beginning to Understand With Whom They Are in Bed | Armie Hammer Exits J.Lo Romantic Comedy Following Online Allegations →