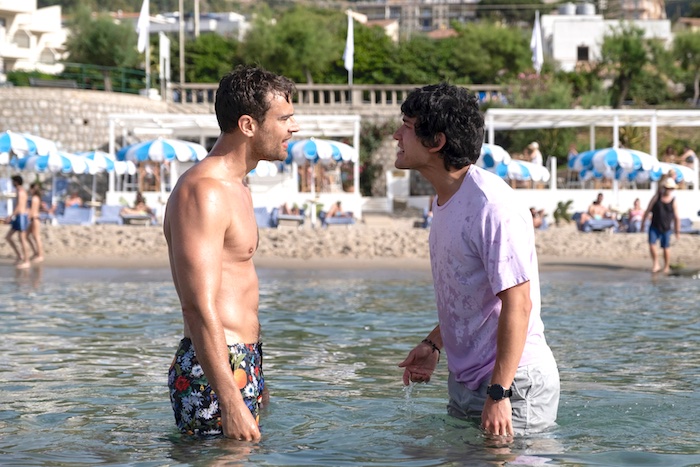 Let's Talk about the Ending to 'White Lotus' Season Two

The second season of White Lotus was not my favorite drama of the year — it’s not even close — but I’m not here to yuck anyone’s yum. In any respect, the last three episodes of the second season were terrific. It took longer to tee the season up, but the payoff was easily worth the wait. If you want to get into the watery symbolism in the finale, Roxana has an excellent piece over on Vulture. Here, we’re going to do a quick-and-dirty rundown to cue up the finale for discussion:

Albie and Lucia — Albie’s storyline ended predictably: He asked his father Dom for 50,000 Euro to give Lucia to pay off her souteneur so that the two could continue their romance. But Albie got played. His father knew he would, and I think Albie secretly knew that she was probably playing him, too. He was willing to risk an insignificant amount of his father’s money to make sure. Albie’s attitude toward his father was sweetly endearing: “So what if she’s playing me? It’s 50,000 Euro. It means nothing to you, it means a lot to her, and the fatherly gesture means enough to me that I’d put in a good word with mom and mean it.” Still, when Lucia left, I felt sad for the lovesick puppy. Ultimately, Albie got what he came for: A week-long fantasy with a beautiful woman and he connected with his father and grandfather, with whom he shared a bonding moment in the airport. 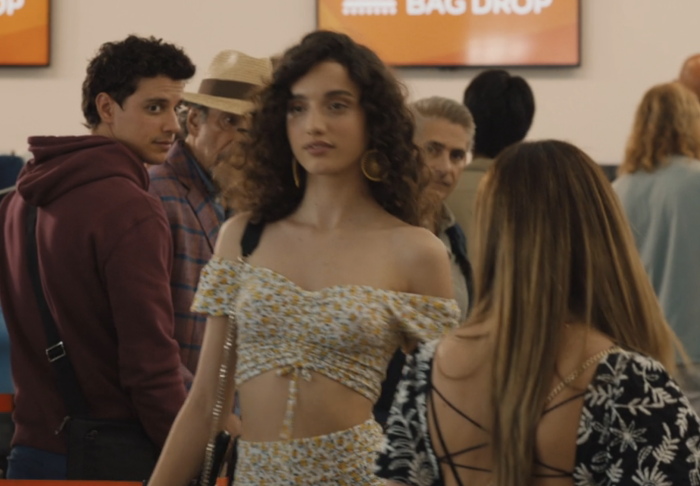 Albie has lost his innocence, and now he will probably become the man he was destined to become all along: His father.

Valentina and Mia — Both of these characters had nice endings (save for the mess of dead bodies Valentina will have to deal with). Valentina got to enjoy her first sexual experience with a woman and was able to see it for what it was: The beginning of her new journey. Valentina also gave Mia the piano gig full-time because Mia deserved it and also because the guy she replaced, Giuseppe, was a real asshole. Win-win!

Harper and Ethan — These two received the happiest ending of the series. Ethan accused Harper of sleeping with Cameron, she admitted she kissed him but nothing more, and after nearly drowning Cameron, one conversation with Daphne changed Ethan’s entire perspective. He went back to Harper, they had wild sex, and the next day, they were even able to have brunch with Cameron and Daphne again and see them for what they are — a sad couple — and acknowledge what they are: A happily married couple with problems they are both willing to confront and deal with in their own messy ways. They got exactly what they wanted out of the vacation: A little adventure, a lot of drama, and a needed reminder of how much they loved one another. 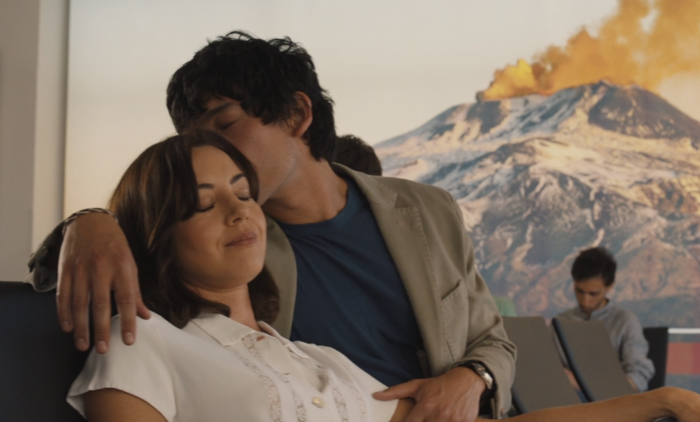 Cameron and Daphne — The other couple, meanwhile, returned to lives they both seem to tolerate for the perks and because, despite it all, they love each other. Daphne knows he cheats, but she loves him — and her lifestyle — enough to overlook it because his wayward ways give her the freedom to buy what she wants and be with who she wants. The picture of the blue-eyed, blond child Daphne referred to as her trainer and showed to Harper back in episode 5 also came into focus. Cameron knows, but there ain’t sh*t he can say about it. Imagine raising another man’s child to avoid being honest with your partner.


Daphne is also responsible for the best scene in the finale, briefly absorbing the pain, heartbreak, and humiliation of her husband potentially cheating with Harper before quietly composing herself and putting her public face back on.

Meghann Fahy is SUCH a good actor. these 30 seconds of Daphne processing her husband’s affair (and then calculating how she’s gonna get back at him) are perfection#TheWhiteLotus pic.twitter.com/razdMtDu5G


Tanya — Tanya’s storyline was the least compelling all season, but in the end, also the most surprising. After a phone call from Portia (on Jack’s phone), Tanya figured it out. Working with “the gays,” Greg gave Tanya what was meant to be a fantasy night before they executed her so that Greg would inherit her wealth. Tanya, however, retrieved the gun and killed them all before falling over the boat, bumping her head, and drowning. She was the body Daphne found in the ocean. I didn’t think Mike White would kill off his muse (and close friend), but that’s part of what made it so surprising. I love Coolidge, but I’m glad it was her. I didn’t want to see any of the other characters die, and I didn’t particularly want to see Coolidge reprise the character for another season, either.

This was such a Tanya way to die idc #WhiteLotus pic.twitter.com/1zpcVV5SEC


Portia — If there is one character I hope White brings back in season three, it’s Portia. Sure, she was almost killed by the uncle f**ker and she ultimately proved to be a lousy assistant, but she got Albie’s phone number in the end. Those two sweet summer children deserve each other. I hope they remain together as their naivete hardens into steely cynicism and he turns into his father and she f**ks the pool boy.


← Reddit Asks the Question: 'What's the Worst Mistake You've Seen Someone Make at Their Job?' | 'The Vow' Season 2 Is Over. What Did We Learn? →