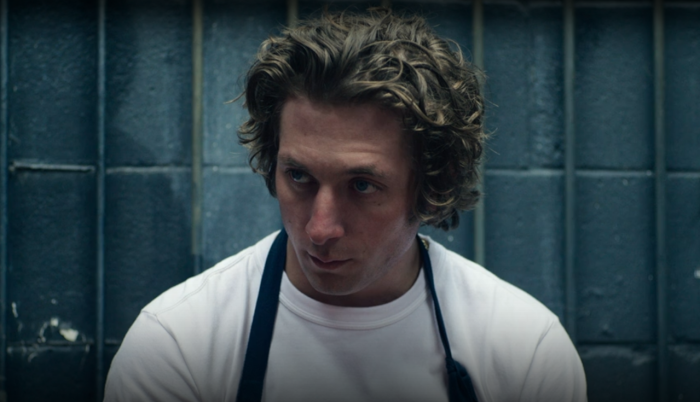 Hulu's 'The Bear' Is Stressful, Soul Crushing, and Terrific

In episode five of The Bear, professional chef-turned-Chicago beef slinger Carmen “Carmy” Berzatto (Jeremy Allen White) tells a fellow chef about a mishap that occurred the night after a huge career milestone, when he accidentally started a major fire. Towards the end of the story, Carmy proceeds to divulge the one thought that went through his mind as he initially processed that calamitous moment: “If I don’t do anything, this place will burn down, and all my anxiety will go away with it.”

The latest FX series trafficks in anxiety—among other emotions, several of which are of the soul-crushing variety—to the point of causing hesitation in some viewers. Most of the episodes, save for one amazing children’s backyard birthday party, take place mainly within the kitchen. If you have never worked in one, it’s unsurprising that these scenes would cause a measure of anxiety. Loud noises, dangerous implements, and constant near collisions as multiple bodies flow in and out of the notoriously cramped spaces found in the average restaurant (take a shot each time “Behind” or “Corner” is yelled) doesn’t make for relaxing viewing. On the other hand, if you’ve ever worked in food service, there’s a likelihood it’ll still bring on a measure of anxiety—a scene involving an online ordering system spitting out dozens upon dozens of tickets brought me to the brink of hyperventilation. Combine all of this with the manifestations of grief and the unease that comes with encroaching gentrification, and you’ve got a pressure cooker of a series with savory results.

At eight episodes clocking in at roughly 25 to 30 minutes each (the finale is nearly double the time), The Bear wastes no time trying to get viewers up to speed on the disorganized chaos happening at the ramshackle Original Beef of Chicagoland or how the show’s lead has found himself going from an up-and-coming chef at a world-class restaurant to the proprietor of a flagging sandwich shop. Creator/showrunner Christopher Storer trusts that you’ll be able to catch on to the circumstances that led Carmy here in between 100-mile-per-hour flashes of old family photos, Chicago landmarks, and past due notices interspersed between bartered handshake deals for beef. Even so, it doesn’t take long to put together what’s going on: Carmy’s older brother, Michael (I’m withholding the actor’s name, as it’s a surprise cameo delightful enough that it shouldn’t be spoiled in advance) ran the restaurant until his unexpected death. It’s only then that it’s discovered he’s left the place to Carmy, who’s compelled to take on the mantle out of familial duty. He has more than his fair share of work ahead of him between the piles of debt and trying to shape up the rundown kitchen, not to mention the surly staff he’s inherited, who are more than resistant to change.

Carmy’s story may be the main thrust of the show, but it’s this assortment of cooks that gives the show the necessary zing it needs. They make an amusing foil for Carmy who is, refreshingly, sympathetic towards the fact that their work life has also been upended. But the magic really starts to happen as each person begins to discover their own individual strengths, especially as hard-nosed Tina (Liza Colón-Zayas) softens after experiencing a measure of culinary success, and breadmaker Marcus (Lionel Boyce) discovers a passion for pastries. A big part of the crew’s shake-up involves the restaurant’s new sous chef, Sydney (Ayo Edebiri), a young Culinary Institute of America grad who strives to impress Carmy even as she tries to suggest various improvements for the shop. Sydney is shockingly self-possessed considering her age, as well as fiercely intelligent, all while sporting a genuine toughness usually reserved for ballistic fabrics. You can’t help but wonder why she would deign to work in a mere sandwich shop but the reasoning becomes clear as her motivations begin to emerge.

Among the staff, the one who pushes back hardest against any progress whatsoever is Richie (Ebon Moss-Bachrach), Michael’s best friend and sorta restaurant manager. Richie’s a blowhard who pulls the least amount of weight when it comes to the goings-on in the kitchen, but there’s more than meets the eye; beneath his stubborn ignorance and tough-guy attitude is a man who clings to the past to avoid thinking about the future. His stagnancy conflicts with an ever-changing world, a dynamic borne out in the frequent clashes between him and the far younger Sydney. All of this is compounded by the fact that he can’t figure out how to mourn the man who was like a brother to him, opting instead to preserve as much of Michael’s legacy as possible, no matter how unhelpful it may be. Moss-Bachrach is a whirling tempest to White’s quiet smolder, and the two men on screen pair together like, well, beef and giardiniera.

Though it’s billed as a dramedy, the jokes are sparse. Any humor that peeks through is quickly dampened by Carmy’s wavering mental health, already fragile from his time in the New York food scene, that threatens to collapse beneath the pressure of it all. The Bear is intense at times, a quality which I hope doesn’t frighten away too many potential viewers, as it’s a terrific show. There are some elements that can use some altering, including an eyebrow-raising discovery in the finale, as well as the generally flat depiction of Carmy’s remaining sibling, Natalie “Sugar” (Abby Elliott), whose concern over her brother is valid but leave little room for her as an individual beyond that. But overall, it’s a fantastic addition to the summer TV lineup. The stress is nearly too much to bear at certain moments and grief casts a pall over everything, but much like the art of cooking, on the other side of its many aches and pains lies a delectable offering designed to feed the soul.

All eight episodes of The Bear are available to stream on Hulu.

Kaleena Rivera is the TV Editor for Pajiba. When she isn’t in awe over the breathtaking camera work that composed the nearly 20 minute one-shot in episode 7 (courtesy of camera operator Gary Malouf, per IndieWire), she can be found on Twitter here.