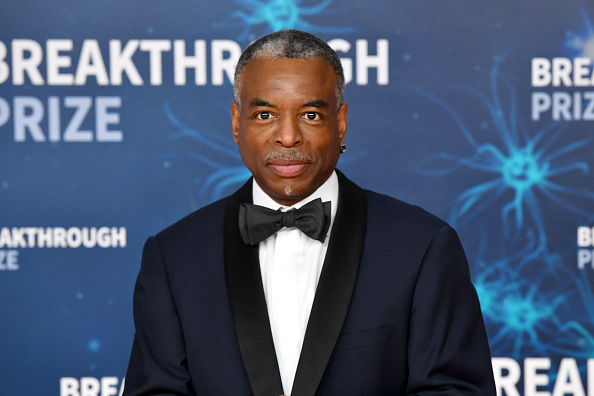 I have had a passing interest in Jeopardy over the years (I had a friend who won frequently enough to get beaten in the Battle of the Decades Tournament many years back), but like a lot of folks, I’ve gotten far more interested in the last couple of years, thanks first to James Holzhauer’s streak, and then the Jeopardy! The Greatest of All Time tournament, the final episodes of Alex Trebek, and lately, it’s been … interesting to see some of the new guest hosts (except for Dr. Oz, of course).

More recently, I ended up liking Aaron Rodgers more than I expected I would as host — he seemed to get better as his stint went on. Anderson Cooper, meanwhile, is on this week. No one, however, is gonna be happy until they give LeVar Burton a try behind the podium, including LeVar Burton, who has done some light lobbying for the permanent gig himself.

Today, Jeopardy announced the final guest hosts for the 37th season, and it looks like LeVar Burton is going to at least get a shot at the job. As previously announced, Bill Whitaker will follow Anderson Cooper. Then Mayim Bialik will take over for two weeks at the end of May followed by Savanah Guthrie.

Here are the remaining guests:

We can finally tell you! Here is the final group of guest hosts to close out Season 37:

George Stephanopoulos was considered a possible frontrunner last year, while LeVar Burton is obviously the fan-favorite to succeed Trebek. Financial journalist David Faber is a weird choice, as is Joe Buck, who is liked by no one. In fact, much of his appeal seems to be in how much Joe Buck is disliked.

Finally, Robin Roberts will take a turn as guest host, as well, and y’all: I love Robin Roberts. She’s mostly associated with things that we do not often cover here (sports, and morning chat shows), but I genuinely think she’s one of the most inspirational people on the planet. I think LeVar Burton is the ideal choice (pending his performance), but I won’t hate it if they pick Roberts, who I think would be a natural fit.


← The Cicadas Are Coming, and Why You Should Read Your Local News | How the Media Allowed Scott Rudin's Bullying to Hide in Plain Sight →