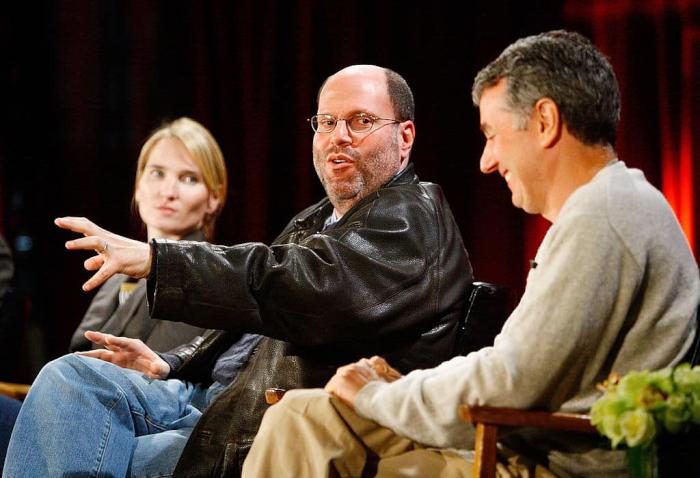 This past month has seen something of a reckoning in the world of entertainment. Scott Rudin, the wildly successful producer of Hollywood and Broadway, announced that he would be ‘stepping back’ from film and theatre work following an investigation into his notorious bullying and harassing of employees. An article by The Hollywood Reporter detailed some of the numerous accusations made against Rudin over the past couple of decades, including instances where he allegedly threw multiple objects at assistants, screamed at and humiliated them on regular occasions, and, in one moment, smashed a computer screen against a person’s hand.

For those in the know, while the exact details were shocking, none of this was surprising in the slightest. Scott Rudin’s reputation has preceded him for many years, much in the same way that Harvey Weinstein’s did. You may not have been familiar with the nitty-gritty of it all, but you probably heard about the screaming, the throwing, the endless sackings, and generally traumatic experiences of having Rudin as your boss. It’s not just that all of this was the stuff of industry lore either, rumors passed from person to person as an underground warning system. A lot of this was essentially front-page news, reported extensively by mainstream media sources. Rudin never hid it. Indeed, he and the reporting almost seemed proud of the stories.

There is an extensive paper trail of Rudin coverage that is either centered on his bullying or at least includes it as part of a wider, fawning narrative. Finding all of this stuff was pathetically easy too, long before this month’s expose. In 2014, Page Six wrote a piece that referred to Rudin as ‘Hollywood’s Biggest A-Hole,’ and referenced his ‘reputation as a bully, a megalomaniac, a vulgarian and a sadist.’

He has pushed assistants out of moving cars. He has thrown so many phones at assistants that, lore has it, a box of fresh ones is always on hand. He has fired people for bringing him the wrong muffin, mispronouncing names and, in at least one case, having to attend a funeral. One dismissed lackey wasn’t even allowed to put on his coat ­before leaving the building. The average Rudin assistant lasts four weeks. “He’s got issues,” former assistant Jon Silk tells The Post. “I don’t think he’s fully in control of the things he says and does to people.”

That detail about pushing assistants out of cars came to the forefront last week when one man, David Graham-Caso, released a video on social media detailing the alleged abuses and trauma his late brother Kevin experienced while working for Rudin. He later confirmed to Variety that his brother was forced out of a moving car by an angry Rudin.

In 2001, the New York Observer described how Rudin, who they said had ‘a reputation for explosive verve’, was surrounded by a ‘canon of lore’ regarding ‘scenarios of projectiles aimed at assistants who showed up bringing strawberry FrozeFruit rather than lemon, of fire extinguishers unleashed, of loud noises.’ One person detailed ‘a jungle of foliage sprouting in Mr. Rudin’s previous office in the Paramount building at 1 Central Park West after the producer instructed assistants to cover his punch and kick holes with potted plants.’

A 2005 profile in the Wall Street Journal came with the title of ‘Boss-Zilla!’ Stephen Galloway of The Hollywood Reporter wrote a more glowing piece on Rudin in 2010 that lavishly called him ‘The Most Feared Man in Town’, even as it opens with an anecdote aboute ‘time Scott Rudin was driving an assistant and became so angry he slammed on the brakes, allegedly sending the young man careening into the windshield. There’s the former staffer who was forced to take ulcer medication to cope with the stress.’ Never fear, though. because Galloway also says that Rudin is ‘utterly, almost dazzlingly charming.’ When asked to confirm or deny those horrifying stories, Rudin ‘laughs at the tales but doesn’t discount them. Are they true, false or exaggerated? “Probably all,” he quips.’

A former Rudin employee told Vulture in 2010 that Rudin broke his mobile phones with such regularity that he never knew his own number. Phones were cracked like oysters or flung at walls. Or at assistants. That Wall Street Journal profile said that staff were so used to having Rudin fling the landline phone at them that they measured the length of the cord so they could be out of reach.

As I said, none of this was hard to find, and none of it was ever hidden from the public or industry contemporaries. Rudin himself often seemed glad of his feared reputation, telling the New York Times, ‘At least people who apply here know they’re not coming to work for Florence Nightingale.’ Even he admitted he’d gone through dozens of assistants over the years, a detail that’s a major warning sign in any field of employment.

And yet here we are, with Rudin only now making the most pitiful of apologies and stepping out of the spotlight while the majority of the film, TV and theatre worlds stay silent. We’ve heard of ‘concerned sources’ worrying about Rudin but pathetically little open dialogue on the matter. The most vocal voices haven’t been the A-Listers that Rudin prided himself on working with, and the most effective one so far has been an unknown face with a powerful personal story to tell. Where is everyone else, and why did it take this long?

Make no mistake here: the media helped to make Rudin’s bullying and violence acceptable to the masses. They shared these allegations as if they were funny anecdotes that only strengthened the Rudin myth. His indomitable nature as a money-making, award-winning producer of stage and screen was bolstered by this near-mythic coverage of him as some sort of effective beast who got the job done but needed occasional outlets for his rage. All of those profiles that detail the violence are chock full of glowing acclaim for Rudin’s skills as a producer and his work with big names. ‘Auteur types like the [Coen brothers] and the [Wes] Andersons gravitate toward Rudin because of his mantra to create ‘the safest possible environment’ for them to realize their visions,’ claimed Variety in 2008. I imagine Joel and Ethan weren’t at risk of being flung out of moving vehicles. Harvey Weinstein faced similar euphemistic coverage. It’s the default mode for entertainment coverage, so it seems, as anyone who’s read any profile of Weinstein pre-2017 can tell you.

It was seen as worth it. Former Rudin assistants who became power players in their own right, like Amy Pascal, were held up as glowing examples of how you could succeed if you just stuck it out and wiped away the residue of whatever food item Rudin had lobbed at you. Such instances help to downplay the violence. Sure, he throws things, but that’s a sign of his passion, his dedication, his intellect. He’s ‘fighting the good fight for good movies,’ claimed IndieWire in 2010.

Rudin is but one example of an industry-wide poison that dates back to Hollywood’s oldest days. He’s seen as part of that history, that lineage of bullies and blowhards who got the job done and the art is what matters, right? The art and the head honchos who sell it to us. It’s exhausting that we have to keep repeating to the world how art is never a justification for cruelty or human degradation. No number of traumatized assistants or hospitalizations is acceptable in exchange for a Wes Anderson movie. Yet the media seemed to think it was. Hollywood is for toughies and all the cry babies who can’t take the heat should get out of the kitchen. After all, it’s not like Rudin was ever taking a swing at someone on his own level. That would have been too much for the executives looking the other way.

I remain doubtful that Rudin will ever face true accountability for his actions. Don’t be surprised if we see him return in like six months’ time with a glossy profile in one of the trades that engages in a hefty dose of historical rewriting. He’ll lament his anger issues and claim he’s ever so sorry but it’s OK now because he’s been to rehab for six weeks and listen to all of these testimonies from big stars and studio heads who can’t wait to work with the new Scott Rudin! We saw this happen in the mid-2010s when Weinstein tried to pretend that he was a new man. Rudin still makes a lot of people very wealthy, and we know what comes first to them.