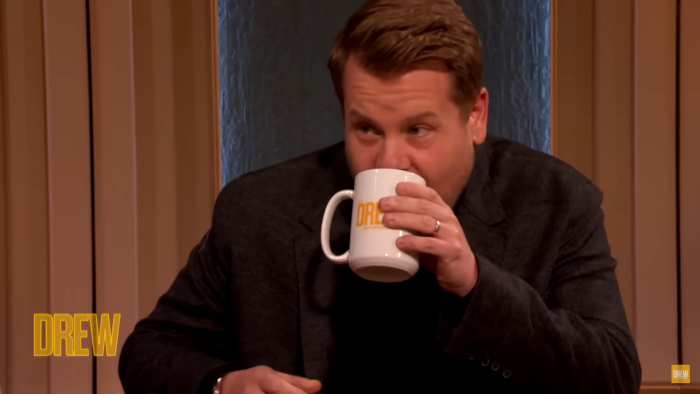 I once bartended at a Broadway Show called One Man, Two Governors. It was an absurd comedy with some of the best physical comedy bits I have ever seen on stage. The man performing those bits was new to me (and most of America) at the time. It was James Corden, and he was incredible in that show. He’s a phenomenal actor. I can say that with zero hesitation. That is why I’m taking his recent appearance on The Drew Barrymore Show with a grain of salt.

Corden will be leaving The Late Late Show this year. He stopped by the show of fellow CBS host and a perpetual ray of sunshine, Drew Barrymore, to explain why he was leaving. What followed was good ole Drew peppering Corden with compliments and him explaining that he was leaving because he is such a good father. I hesitate to question any parent’s relationship with their child. I don’t live in his home, and who knows? Maybe Corden’s son is the only person he treats kindly. At the end of the day, this isn’t the first time he’s used family as a shield.

There are many unfortunate sides to celebrity. One of them is that if you behave a certain way, that behavior will be impossible to shake. I have written at length about Corden’s abhorrent restaurant behavior. It doesn’t end there, either. I once heard a story that Corden, fresh from winning a Tony Award, berated a piano player at a local piano karaoke bar because they didn’t know All About That Bass when Corden requested it. I can’t say for certain that the story is true. I can’t even remember who told me! But that story, mixed with stories of him yelling at servers, makes me believe his story about his son less.

He couldn’t have picked a more perfect show to put on his “I’m so brave” face. Drew ate it up, cause she’s lovely. That said, whoever is cutting together her videos sure has a sense of humor. Amid Corden fighting off tears while describing a moment with his son, a message to like and follow the page appeared. It even made noise! I’ve never heard one of those messages make a sound. So maybe, just maybe, someone else out there believes James Corden as much as I do.