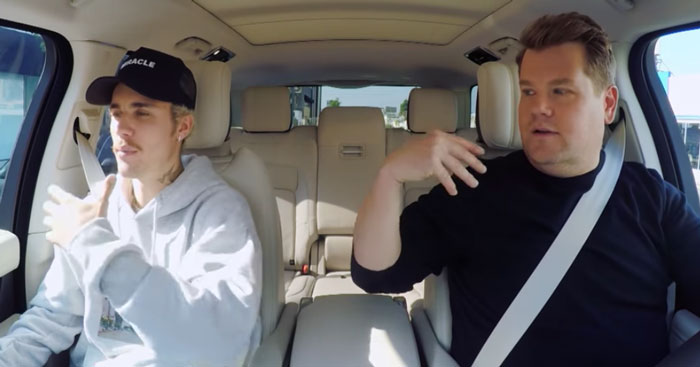 Last night on The Late Late Show with James Corden, the titular talk show host finally revealed the segment that’s had blogs gawking. It was the “Carpool Karaoke” with Justin Bieber, in which Corden was caught-on-tape not actually driving the car. SCANDAL!

Corden later defended himself in a cringingly unfunny segment, where he explained the ins and outs of producing this popular running bit.

Now, at long last, here’s the video that surely someone has been waiting for: a married, mustachioed Bieber sings with Cats star Corden.

So, what in this segment merited dragging Corden’s hero car behind the actual driving rig? Some not-so-slick dance moves to “Yummy” to appeal to the TikTok teens. You’re welcome, internet.