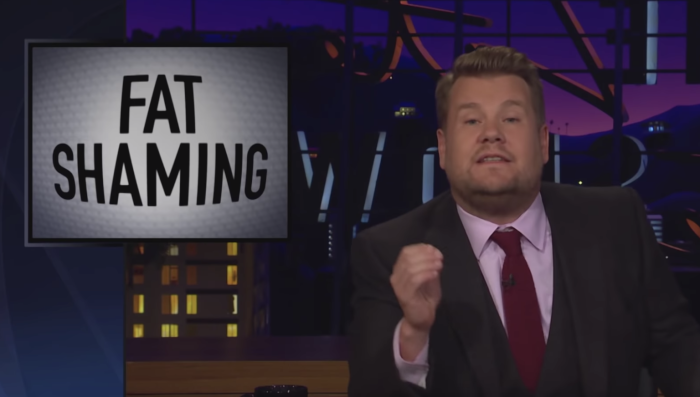 Before the 2016 election, James Corden had found a nice little place within the late-night ecosystem as the British Jimmy Fallon: affable, goofy, obnoxious but generally harmless. Then Trump came along, and Fallon fell out of favor, which essentially pushed James Corden into late-night obscurity. He’s basically the Carson Daly of late night now. Outside of “Carpool Karaoke,” I don’t know that I’ve seen a James Corden clip make the rounds in years. I had almost completely forgotten that James Corden existed until today.

In the clip below, Corden finds his lane, taking on Bill Maher over Maher’s fat-shaming comments on his show last week. It’s a really thoughtful and funny counterpoint to Maher’s bullshit, appropriately equating shaming with bullying, and calling Maher out for his superiority complex. The only thing I really take issue with in this clip is Corden’s suggestion that Bill Maher’s “heart is in the right place,” because that has never been true about Bill Maher.