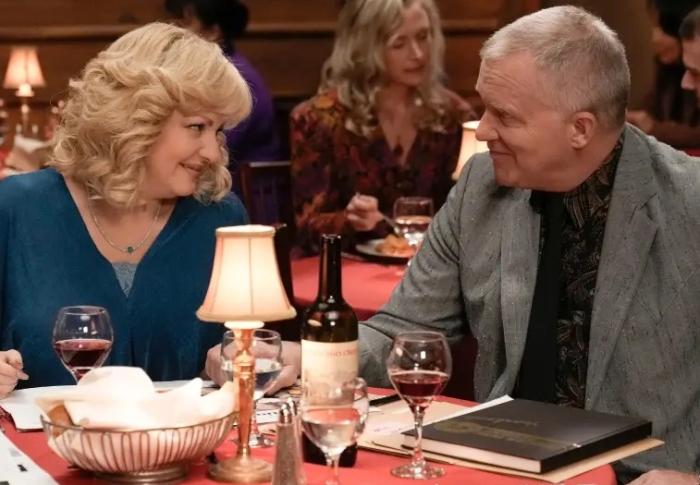 It Only Took 12 Episodes for 'The Goldbergs' To Go There

I haven’t written about The Goldbergs in a couple of months, not since writing about the fact that even the creator of The Goldbergs dislikes the series now. However, last night, the site’s search referrals lit up because the more casual viewers were wondering what happened to Murray Goldberg, the father and husband played by Jeff Garlin, who was written out of the series after the actor was forced off of The Goldbergs for HR violations.

There’s a good reason that viewers were wondering what had happened to Murray Goldberg — last seen as a CGI monstrosity — and it was because his wife Beverly Goldberg was dating. Yes, dating.

There was a time — the first six seasons, or so — when The Goldbergs was based on an actual family, but the real family likely wants nothing to do with the family being presented in its 10th season because the real Beverly Goldberg would never start dating 12 episodes after the death of her husband! TV’s Beverly Goldberg hasn’t even properly grieved her dead husband beyond that one episode where she got upset because Murray’s chair had been briefly removed from the house. Or maybe she is grieving and going about it in a strange way by stealing her own grandchild and stalking her son-in-law in a deranged ice cream truck.

To be fair, the current showrunners — Chris Bishop and Alex Barnow — did say something along the lines of, “The Goldbergs is a sitcom, and we are trying to keep it light and funny,” which would almost be understandable if the show were actually funny. The A-Plot in last night’s episode, however, was about how Adam was insanely jealous of Dave Kim because Dave wrote a parody screenplay of Amadeus called Amadoofus and cast Adam as his Salieri, or “Silly Larry.” This is what passes for comedy on The Goldbergs in its 10th season: “Silly Larry lets out an impossibly long and melodic fart, then keels over and dies. ‘He finally composed a song worthy of his admiration. With his butt.’”

Really, The Goldbergs? Amadeus fart jokes? The Adam Goldberg of the first several seasons was something of an aspiring John Hughes/Steven Spielberg. This Adam Goldberg apparently wants to write and direct Scary Movie sequels.

But back to the dating: To be fair, Beverly didn’t realize she was on a date with her teacher co-worker played by Anthony Michael Hall. Once she realized it was a date, she ended it, but also expressed excitement to her daughter about the prospect of “getting back out there again.” The episode also set up a love triangle between Anthony Michael Hall’s teacher and the counselor played by Tim Meadows, which is sure to play out for the remainder of the season in the wake of Murray’s death.

I understand that characters die on television shows all the time, and sometimes, when characters die, the show must go on. But again, these characters are based on real people. There is an actual Barry Goldberg, and Adam Goldberg, and Beverly Goldberg, and an actual Murray Goldberg who passed away. Alas, these characters no longer resemble them in any meaningful way and in fact do a disservice to the actual family upon whom these characters are based. Also, it’s just bad writing. Hell, it took Danny Tanner 17 episodes to start dating on Full House and his wife had been dead for a while and we’d never even met her. Murray Goldberg’s recliner chair is still warm, and Beverly is already entertaining the idea of dating Farmer Ted from Sixteeen Candles. It’s disgraceful.