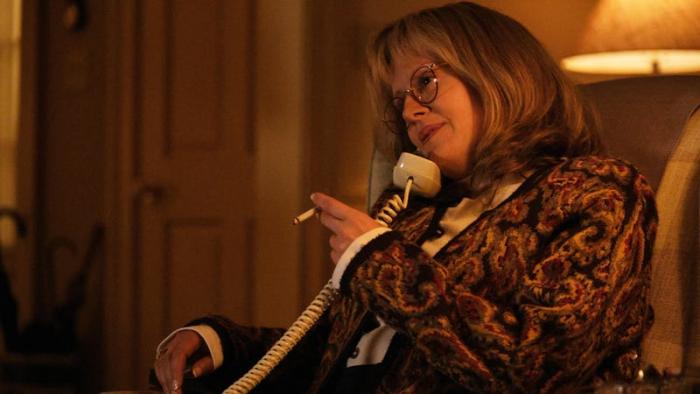 Impeachment: American Crime Story is quickly becoming as exhausting as the actual event itself. As a Clinton aide once said to describe one Clinton scandal or another, “There’s no there there.” It’s why Bill Clinton was ultimately acquitted in his impeachment trial. Did he lie? Yeah. But did it matter? Not really.

That’s not a defense of Clinton. He was a sleaze. He had an ill-advised affair with an intern and that affair was detrimental to his ability to govern and reshaped his legacy. But good lord, the details are tedious.

This week’s episode begins with Linda Tripp reaching out to Lucianne Goldberg (Margo Martindale) about publishing a tell-all about Bill Clinton’s affair with Monica Lewinsky. Goldberg tells Tripp that she needs more than her word. She needs hard evidence. She convinces Tripp to record the phone calls with Lewinsky, and for much of the hour and 17-minute episode, we are subjected to one excruciating phone call after another. Lewinsky is trying to get a job back in the White House. Bill Clinton stonewalls her. She throws a fit. Linda Tripp talks her into throwing a bigger fit. Lewinsky cries. Then she cries some more. After that, she cries again. Then Bill speaks to her, lets her know that a job is in the works, and Monica feels good for a day or two before she starts crying again. Much of the action takes place over the phone. 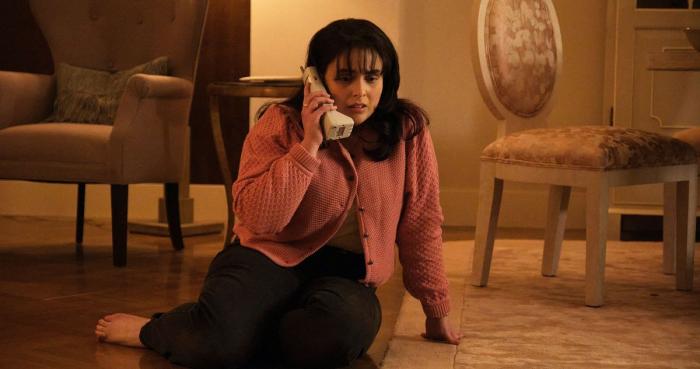 It’s not about her job. It’s about her lovesickness. She eventually cajoles Bill Clinton into using his friend Vernon Jordan to get her a job in New York in the private sector (at Revlon). Jordan gets Lewinsky’s hopes up, and she feels good for a few days, but when the job doesn’t come through, she cries. And cries some more. Linda Tripp records it all. Clinton arranges a job for Lewinsky under Bill Richardson (who, by the way, was mixed up in the Jeffrey Epstein scandal). Lewinsky finally seems placated. Clinton asks her on the phone if they are “still friends.” Lewinsky acquiesces and says they are. Then she calls Tripp and tells her all about it.

At one point, even Tripp — a monster as horrible as anything on American Horror Story — snaps at Lewinsky, because she can’t bear to hear her whine about Clinton any longer. The feeling is mutual. It’s not that I don’t sympathize with Lewinsky; it’s that I cannot bear to hear any more about how Bill Clinton strings her along day after day, week after week, month after month. Lewinsky, meanwhile, repeats the same cycle: She feels miserable; Clinton gives her an ounce of attention, and she’s elated until it wears off a day or two later and she’s miserable again. It is sad, but it does not make for compelling television. It’s a test of our patience.

The episode belabors this gaslighting cycle for well over an hour. It’s only in the last five minutes that Linda Tripp — suffering from the guilt of recording and betraying her friend — decides that she doesn’t want to write a book anymore. She wants to get the story out immediately, if only so she can stop carrying Lewinsky’s secret, if only so she doesn’t have to suffer any more phone calls. She arranges to have herself subpoenaed in the Paula Jones case, and Paula Jones’s legal team is all too willing to comply.

The episode ends when Clinton finds out that Monica Lewinsky is on the witness list for Paula Jones’s case and realizes the jig is up. It’s all going to come out, and he knows it. He walks into his bedroom, and looks at Hillary — who is sleeping — with a dour expression, knowing that he’s going to have to confess to her in the morning. He can craft his own narrative to Hillary before the media does, and then he can use Hillary to help assassinate the character of Lewinsky.

It would be predictable even if we didn’t already know how the events unfold. Somehow, there are still four more episodes remaining. If the Senate had been subjected to this series before the impeachment vote, even the Democrats might have voted to convict as retribution for making them suffer through it.


← Review: Netflix's Newest Haunted House Tale 'No One Gets Out Alive' Effectively Layers in the Story of an Undocumented Woman | 'Alias' 20th Anniversary of Sydney Bristow Working For The Very Enemy She Thought She Was Fighting →