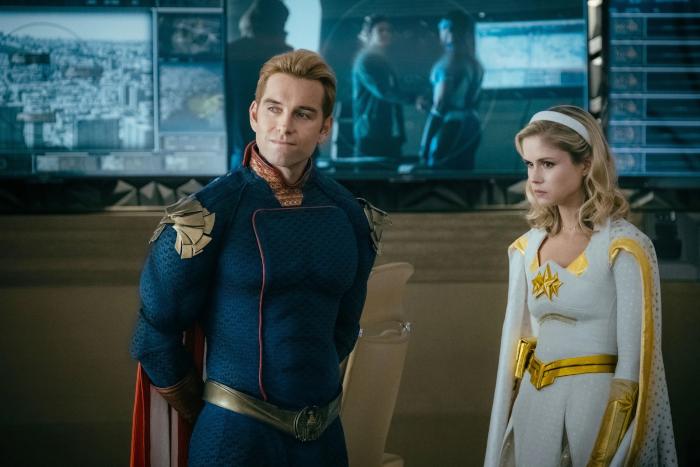 How Does 'The Boys,' 'Ms. Marvel,' and 'Obi Wan' Rank Against the Dominant Netflix Programming?

For all the flack we give Netflix, and for all of the issues with its spiraling stock, it nevertheless remains the most dominant player in the streaming game, and it’s not even close. It has the benefit of 200 million subscribers, and its closest rival, Disney+, doesn’t even have half of that yet (HBO Max, meanwhile, boasts around 80 million subs).

How big is Netflix? It takes about a month for Nielsen’s weekly streaming report to come out, so the most recent one comes in for the first week of June during the second week of the release of Part I of Stranger Things season four, which notched 4.2 billion viewing minutes the week after obliterating the record for most viewing minutes since Nielsen began tracking streaming ratings. Nothing comes close to Stranger Things, which now holds 3 of the top 5 weeks ever on the streaming chart (the other two are Ozark and Tiger King).

How much bigger is Stranger Things to its closest competitor? With 4.2 billion minutes streaming in its second week, it’s still over 4 times bigger than the closest original television competition, The Boys on Prime Video, which nearly racked up 1 billion minutes. However, that was behind Adam Sandler’s (very good) basketball film, Hustle, as well as The All-American, a CW series that airs on Netflix after it completes its run on The CW (and gets a considerably larger audience than when it airs on the network).

Meanwhile, over on Disney+, Obi-Wan placed fifth among original televisions shows behind Netflix’s Keep Sweet: Pray and Obey and The Lincoln Lawyer. Ms. Marvel placed 10th that week with its debut episode, which streamed for 250 million minutes (Obi-Wan was streamed for 682 million minutes).

It’s not a particularly fair comparison, however. Stranger Things released 7 of its season 4 episodes at once, and they were long episodes. Disney+ releases episodes once a week. Assuming most Disney+ subscribers only watched one episode of Obi-Wan, and assuming that 7 episodes at an hour a piece had been released at the same time and viewers watched them all in one gulp, it wouldn’t be much lower than Stranger Things. Seven episodes of Ms. Marvel could have potentially broken 1.5 billion hours, which would have been good for third place.

All of which means that the streaming ratings tend to favor the Netflix model. With more episodes of their most popular shows available at once, they’re going to get more streaming hours, although Disney+ and Prime Video shows are likely to stay on the charts longer. The fact that The Boys managed nearly a billion hours streamed with its fourth episode may even be more impressive than the 4 billion hours streamed of Stranger Things’ seven new supersized episodes. More impressive, still, is the fact that Encanto, an hour and a half movie released last November, still managed 350 million hours seven months after its release.

For the record, HBO Max had only one title on the charts: 236 Friends reruns, which attracted more than 400 million viewing hours. (I will tell myself that Barry didn’t break into the charts because so many people continue to watch that show on traditional cable).

← Conan O'Brien Runs A Tight Podcast | 'The Girl in the Picture' is Powerful, Horrific, and Earnest as Hell →