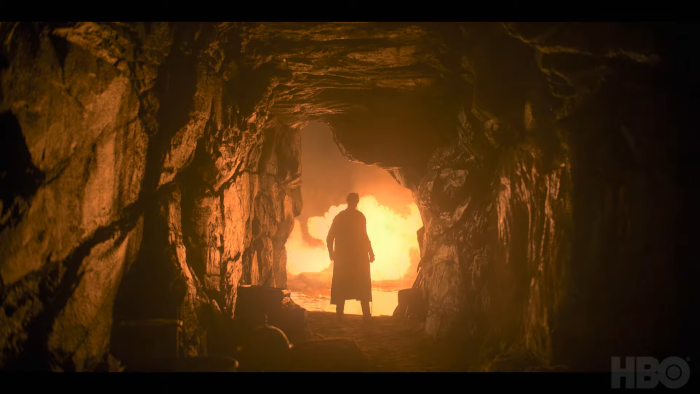 HBO Ventures Into Uncharted Territory With New 'House Of the Dragon' Trailer But Does Anyone Care?

Let me start by saying that I didn’t hate the last season of Game Of Thrones. It wasn’t as coherent as the earlier seasons, but I still enjoyed it for the most part. It helps that by season two I assumed Daenerys Targaryen would have a villainous turn, much to the disbelief of the friends I watched the show with. So, maybe it’s not as much that I enjoyed the last season as I enjoyed being right. The show put so much focus on carrying on the legacy of family that it just made sense that Daenerys would crack like so many Targaryens before her. It’s also for that reason that I find myself struggling to get interested in the new GOT prequel show House Of The Dragon.

The rundown for the show is as follows:

“Set two hundred years before the events of Game of Thrones, the series chronicles the beginning of the end of House Targaryen; the events leading up to and covering the Targaryen civil war, known as the “Dance of the Dragons.”

I have not read any of the Game Of Thrones books. That includes Fire & Blood, on which this show will be based. Because of that, and because the last GOT books have yet to be finished, there was an assumption on my end that the show could have a happy ending. It even became more of a hope. GOT was so brutal and often bleak, the idea of everything ending up OK would keep me watching at times. With only a familiarity with the show, I know that the story of the Targaryens does not end well. The question then becomes, do I want to put myself through such misery again if I know there’s no light at the end of the tunnel?

I’m not averse to watching or reading things that don’t have a happy ending. I just rewatched The Mist the other night for maybe the tenth time. I’m also not entirely against prequels. What I don’t want to do is spend time with something that is crushing my skull with its bare hands, when I know that, by the end, I could see a baby meet the same fate. (My knowledge of the timeline may be a little off there, but still.)