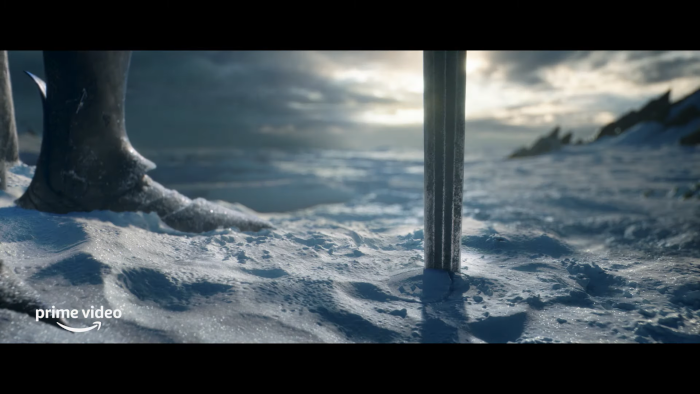 Everyone loves an underdog story. Witnessing someone with seemingly insurmountable odds against them pull out a big win is inspiring. It can make you feel like you can tackle anything! The Lord of the Rings trilogy (and The Hobbit before it) is an underdog story. Yes, there are epic battles, larger-than-life locales, and talking trees. However, at its core, the story is about the unlikeliest of heroes saving the day. That story, that heart, still seems to be missing from the new Amazon series The Lord of the Rings: The Rings of Power.

Details of the series are still somewhat under wraps. We know it takes place thousands of years before the original trilogy. It will cover the creation of the eponymous rings and the rise of the evil Lord Sauron. The show will explore the world of Middle-Earth and how it got to where it was when we were first invited to the Shire. The question now is: Will that story be interesting?

J.R.R. Tolkien created a rich, detailed world. He developed its history, fleshed out its residents, and created whole languages! Those details add to the charm of the stories and help you get immersed in the world. Those details are there to explore if you want to, but they don’t bog down the story. They enrich it. I’ve spent my fair share of time delving into details about the land of elves and dwarves. But that always felt like a fun, extracurricular activity, not required reading.

There are, of course, other stories than Frodo’s taking place in the original trilogy. However, they feel focused and tied to the matter at hand: destroying the One Ring. From what we’ve seen from The Rings of Power, there doesn’t seem to be one thread to hang our helms on. That could change when the show premieres. For now, it feels like butter scraped over too much bread.