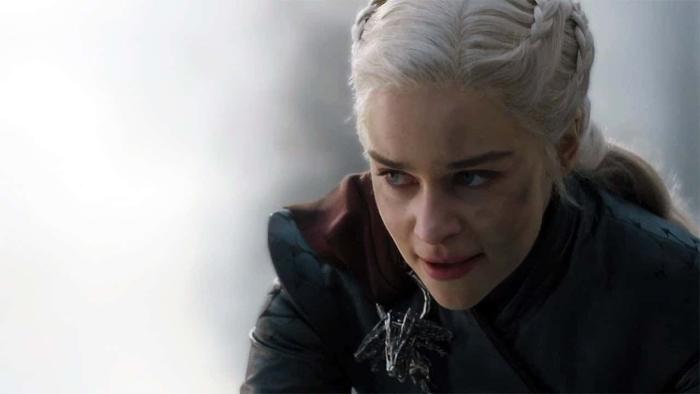 The 2019 Primetime Emmy are being held tonight and for their final season Game of Thrones grabbed a record number of nominations. Virtually the entire main cast was nominated along with many of the behind-the-scenes players like Nina Gold, Michele Clapton, David Nutter, Barrie and Sarah Gower, Ramin Djawadi, Paula Fairfield, and MANY others. Some of them already won Creative Arts Emmys for their work in an earlier ceremony! Game of Thrones is a towering creative achievement unlike anything that was on television before and regardless of how I may may have felt about the last season I feel strongly that all of those people deserve these accolades. But if I am looking at just the last season, I very much hope that Emilia Clarke is formally recognized for the work that she did.

The past season of Game of Thrones did a lot of things wrong but the thing I was personally frustrated by (and I know I was not alone) was the pattern of whiplashing Daenerys through probably another two seasons of character development in eight short episodes where she had very little dialogue compared to other players. We saw a lot of Tyrion and Varys talking about her state of mind, but we didn’t hear a lot from Dany herself. We didn’t even see her have one last long conversation with Missandei before Missandei’s death; an event that so destroyed Daenerys that she was willing to sacrifice an entire city to make up for it. We went from Dany diverting her armies and dragons to Winterfell to fight the Army of the Dead so she could help save humanity, at enormous personal and tactical cost to herself, to her deciding to destroy King’s Landing and all its civilians. She spent an entire season listening to Tyrion and others tell her how to handle her dragons and her armies, only to find out that she could have conquered King’s Landing singlehandedly in less than 20 minutes if she’d just decided to do it. The only thing that gave her arc a hint of connection was the work of Emilia Clarke, who took on the thankless task of trying to bring emotional depth to decisions that were made not in the service of telling a story but in service of reaching an ending.

Thanks to Clarke’s expressive face and voice, we watched a young woman struggle with finding her place in a land she always thought of as her home. Trying to find common ground with people who hated her for the sins of her father, and working to find a diplomatic way to reach her goals. We watched as she put everything on the line to save Winterfell, and Winterfell thanked Jon for it. We watched as she saw her closest advisors and friends, men who had sought her out across an entire continent, begin to turn on her when they felt that their political futures would be more safe in the hands of her love. A love she then found out was the only person who could challenge her claim to the throne. We watched her hold herself back in order to avoid charges of madness and savagery, only for those charges to dog her anyway. Until the end, Clarke portrayed Daenerys as a woman in control of herself even when the script gave her little to work with. She had drive, she had determination, she made choices. And given more time, even that last devastating choice could have made more sense. The sequence in the header photo alone is worth recognition, a complex series of emotions she conveyed entirely with her expression while alone, sitting on a giant green saddle in a studio.

There’s not much we can do about the last season of Game of Thrones now, I had a lot more to say in the immediate aftermath about how I wanted things to turn out. A lot of other people did too. There’s some great alternate endings and stories out there that the community made. But with the ending we got there was still great work happening. I’m glad to see some of it was already recognized, and I hope that Emilia Clarke’s contributions are rewarded as well.