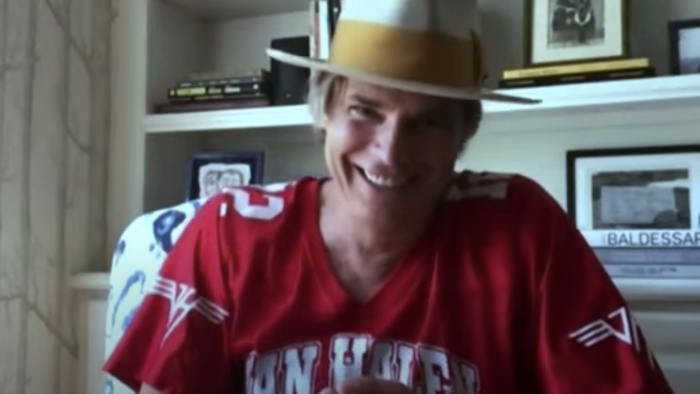 As good as Timothy Olyphant’s projects typically are — and he’s among the few great things about this season of Fargo, so far — often the very best thing about a new Olpyhant gig are his late-night appearances, specifically on Conan and Seth Meyers. He is a God among late-night guests.

Last night’s remote appearance on Late Night in his home was no exception. Wearing his Van Halen T and a very Olyphant hat, he had bits! and banter! And in the second clip, he describes a dream he had about Donald Trump, and I don’t want to spoil it, but I cackled. Also, don’t bail before the end of the second clip, where Olyphant talks about the off-camera notes he’s getting from his daughter.

There are two things I am still desperate to see: 1) Seth getting day drunk with Olyphant, and 2) Seth, Conan, and Olyphant all hanging out on a podcast.