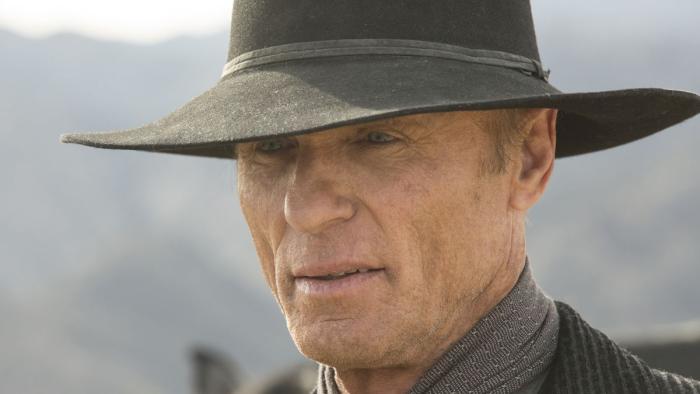 Ed Harris' Obvious Frustration with 'Westworld' Is All Of Us

I might pick it back up out of morbid curiosity, but otherwise, I quit Westworld two episodes ago when Tori admitted that she may hate the HBO series now, too. I couldn’t do it anymore, and I feel bad about that, but my patience for the series has completely run out. Those hanging on should know that the series has been renewed for a fourth season with plans to run a full six seasons. I cannot imagine watching this series for another three seasons, nor can I imagine what could possibly be left to explore.

I am not, however, the only person frustrated with Westworld. Ed Harris, who plays the Man in Black and the Man in White and William and also virtual William, also seems frustrated with his character. I think he tried to put it nicely in his interview with THR earlier this week, but it is evident that he’s not thrilled with the direction of his character(s).

Here’s a fun sampling of his comments in the interview:

On what was in store for the Man in Black this year:

It’s jarring to see him so powerless. Not that he wasn’t powerless at points in season two, but this is a different level. It must have been jarring to play, too.

Yeah, it was. It was jarring. To tell you the truth, it was hard to enjoy.

In other words, I didn’t like it. I still don’t. But that’s my problem.

On how Ed Harris and his character are feeling emotionally similar right now:

Yep: “A little bit aggravating” basically sums up the entirety of Westworld for many of us right now.

← Ansel Elgort's Instagram Nude Got Pulled, But Not Before Making Big Money For Charity | Why is Ben Suddenly So Unpopular on 'Survivor'? →