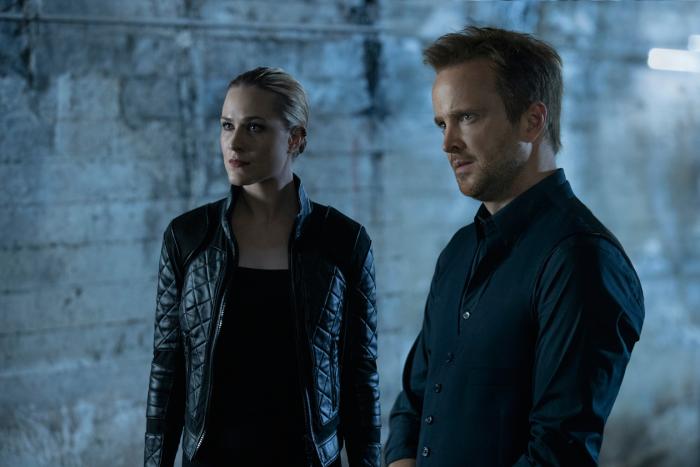 Last night’s episode of Westworld should have been a slam dunk. We got Serac’s backstory on the development of Rehoboam! We got the first major step forward in Dolores’s master plan, which involved sending every person in the world their secret Incite profiles. Naturally, chaos ensues! We got the payoff for that “Genre” party drug mentioned in the previous episode, as Cal gets dosed with it and listens to some very telling music! Oh, and Liam Dempsey, the very milquetoast plot sink this season has been saddled with, finally gets killed off — and better yet, Stubbs returns to prove he wasn’t killed off in that balcony stunt! Heck, even Veronica Mars’s very good daddy, Enrico Colantoni, shows up — and he’s always a welcome addition!

When I lay it all out like that, the episode sounds like exactly the sort of pivotal and fascinating installment the season needed. So why was it instead the episode that finally dissolved the last vestiges of patience I had for this formerly fun robot show? WHY CAN’T YOU JUST LET ME LOVE YOU, WESTWORLD?

Flies. In. The. Ointment.
We already knew that Serac witnessed the destruction of Paris, and that this inspired him to try and save humanity from itself, so thankfully that portion of his flashback was kept fairly short. What the episode really filled in was how Serac and his crazy-genius brother partnered with Liam’s father, Daddy Dempsey, to secure Incite funding for their little supercomputer… and how all that turned out (murder, it ends in murder). If you’re wondering why we’re just now finding out about Serac’s brother, that’s honestly kind of the problem. Turns out that while his genius made Rehoboam possible, his crazy meant that he ultimately doesn’t fit in with the new world order Serac is creating. He is an outlier, and agent of chaos, and as such he is not only dangerous — he is capable of making choices Rehoboam can’t predict. He is capable of true agency. All of this is just a backdoor way of introducing a new chapter of Serac’s villainy: Re-education centers. Outliers are rounded up and locked in glass chambers to be edited, in the hopes that they can be changed enough to be reintegrated into society… or something? While this appears to be a very big piece of this season’s puzzle, the mechanics of it are left frustratingly vague. Odds are we’ll learn more about it soon, when/if the show reveals that a) William is locked up in one of these centers right now, and b) Cal is an edited outlier himself.

Cal’s A Fly?
I mean, yeah probably. Cal’s strange drug trip mostly seemed like a way for Westworld to demonstrate a not-great grasp of the concept of genres (seriously, shooting in black and white or slapping an Iggy Pop track over a scene doesn’t constitute a “genre” /end rant), but it does end on a sort of interesting, if needlessly convoluted, note. As usual, Cal is questioning the nature of his reality. It all starts when Liam Dempsey is prompted to use those special Incite glasses to read Cal’s profile… and gets scared of the poor guy. Weird, right? Well the payoff to that moment comes at the end of the episode, as Liam dies of a gunshot wound and Cal tries to save him. He has flashbacks to similarly trying to save his war buddy (which we’ve seen previously) interspersed with flashbacks that we haven’t yet seen — and that don’t quite fit with the history of Cal as we know it. He maybe tortured Enrico Colantoni? HOW DARE YOU, SIR! He maybe was in a hospital bed with some weird goggles on? The too-obvious cherry on top is Liam telling Cal with his dying breath, “You did it.” Um, did what? We dunno! Probably something in the past that Cal no longer remembers, because he was edited, because he’s an outlier or whatever — though the conspiracist in me wonders if maybe Cal shot Liam himself, considering the bullet hole looked like it was closer to Cal than to Lena Waithe’s Ash, even though she’s the one we saw holding the gun. Point is, this is another SUPER IMPORTANT PLOT THINGY that remains very vague for the time being.

Dolores Is Daenerys Now, I Guess?
Just call her Dolores, Breaker of Loops. I know we’re supposed to be wondering if she’s the hero or the villain of this story, but at this point I would just be happy knowing what her actually goal is. Like, remember when she was trying to secure a free future for her robot race by taking control of both Delos and Incite? Is sowing chaos by releasing everyone’s files in service to that, or does she actually care about humanity now too? Is she freeing human minds so they can destroy themselves? How much has she hidden from Cal, and why on earth is Bernard important to her plans? I’m just so bored, but if the last season of Game of Thrones is anything to go by, then Maeve’s gonna stab Dolores with a sword, and somehow boring-ass Bernard will end up in charge of everyone for no goddamn reason.

For what it’s worth, Serac and Dolores do sort of meet at the end of the episode, thanks to the fact that he likes projecting himself as a hologram and she is tapped into his system, and I’m sure that’s going to lend itself nicely to the internet’s current favorite Westworld theory about how half the show is taking place inside of Rehoboam’s predictive mirror simulation.

Stubbs!
The Other Hemsworth shows up in the nick of time this week, rescuing Bernard from Connells even though Bernard was not in danger at all. Joanna Robinson has a very convincing theory over at Vanity Fair about how Stubbs has been Serac’s other mole inside Delos all along, which means that Bernard maybe wasn’t rescued at all, and has actually just fallen out of the frying pan and into the fire. Only, let’s pretend that metaphor is 50% less extreme, like maybe he stepped out of a calm drizzle and into a tepid wading pool.

Mantis Blew Up
Connells (who, remember, is technically Dolores) blew up the Incite office and took out Serac’s right hand woman with him. Which means the show made Pom Klementieff strut around in 6” heels only to kill her off in an explosion. She deserved better.

What If The Show Only Works When Maeve Has A Sword In Her Hand?
Look, I know I’m biased, but I find Westworld’s brand of WTFery a whole lot more palatable when, you know, Thandie Newton is on screen. Stabbing people with swords.