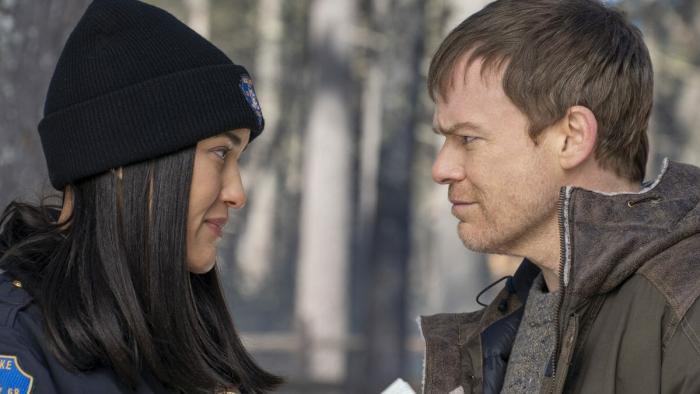 I wasn’t completely sold on Jack Alcott (Good Lord Bird) as Harrison Morgan on Dexter: New Blood when he was introduced last week, but he’s growing on me in the second episode. He confirms that his step-mother Hannah died of pancreatic cancer, and he spent a few years in the foster-care system before he decided to find his Dad. He was in Miami for a while, which means he may have had some run-ins with the old crew before he went to Oregon to find Dexter. The trail went cold until he found a photo online of Dexter — as Jim Lindsey — after Dexter’s team won a bowling championship.

The question is: Does the “New Blood” in this season refer to Harrison, and will Harrison and his father be pitted against one another? Will Harrison kill Dexter? Will Dexter kill Harrison to protect others? Or will they co-exist as serial killer and protege?

In this week’s episode, Harrison returns to Dexter’s cabin, where there’s some awkward energy between the two. Dexter eventually explains to Harrison that he abandoned him because he didn’t want his “dark tendencies” to infect Harrison, which is not totally a lie (he just left out the serial killer part). Harrison seems to buy the explanation, though remains somewhat resentful. Despite Dark Passenger Debra’s pleas to Dexter to drive him away, Dexter decides he wants to protect Harrison and teach him the ways of the code. Debra is the opposite of Harry — she’s hilariously unhinged, screaming at Dexter not to kill. I like this Debra.

The next morning, Dexter’s girlfriend, Angela (also the Chief of Police) brings the cops out to Dexter’s place to set up a search for the missing Matt Caldwell — who Dexter killed last week — but not before Dexter covers up a few blood spots in his snow. Dexter also manages, during the search, to cover his tracks and make it appear as though Matt shot a deer and fled to avoid prosecution (the deer was illegally shot on a Native reservation). Angela and the search team buy that explanation, but Matt’s father, Kurt (Clancy Brown), insists that Matt would never run and that asks that they continue the search (which they do). That’s not great, because there are some identifying parts of Matt’s body, like his face, in Dexter’s fire pit.

Meanwhile, Harrison bonds with Angela’s daughter, Audrey, who appreciates Harrison’s “dark tendencies,” because she’s rebelling against her cop mom. She’s also not too worried about crushing on Harrison because her mother is too devoted to her job to maintain her relationship with Dexter. On the other hand, Harrison seems to bring Dexter and Angela closer — they can now bond over their single-parentdom.

Elsewhere, Lily — who Angela gave some money and offered assistance to stay in a shelter last week — is now trapped in her motel room and being watched by a creepy guy on a camera (is that Kurt Caldwell?). The creepy guy is likely responsible for the missing women in Iron Lake. Lily is not long for this world.

— The old Dexter energy is back. The show finally remembered that it’s a pitch-dark comedy. Likewise, the fun of Dexter — watching him escape from a slowly tightening noose — remains intact. I look forward to seeing how allegiances shift over the course of the season. If Angela dies, though, we riot.

— Speaking of Angela, she’s from the reservation. It seems as though she lost someone close to her — a daughter, a sister? — named Iris, but the cops didn’t do much to help. It’s also possible that Iris is Audrey’s birth mom? (We learn in this episode that Angela adopted Audrey). Her Native family tells Angela that she’s going to have to decide at some point if she’s with them or with Iron Lake.

— Debra yelling, mocking, and laughing at Dexter is a fun new twist.

— The writer of the episode says there is an “Easter Egg” in the bowling photo. It’s too grainy to make much of it, but maybe the second guy on the left is showrunner Clyde Phillips? 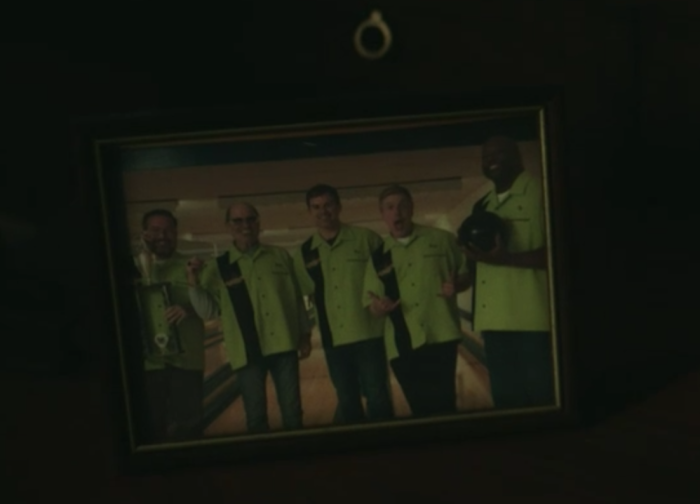 — Next week, we find out that Harrison is super smart, there’s a bear, and it looks like Lily escapes, only to be hunted. 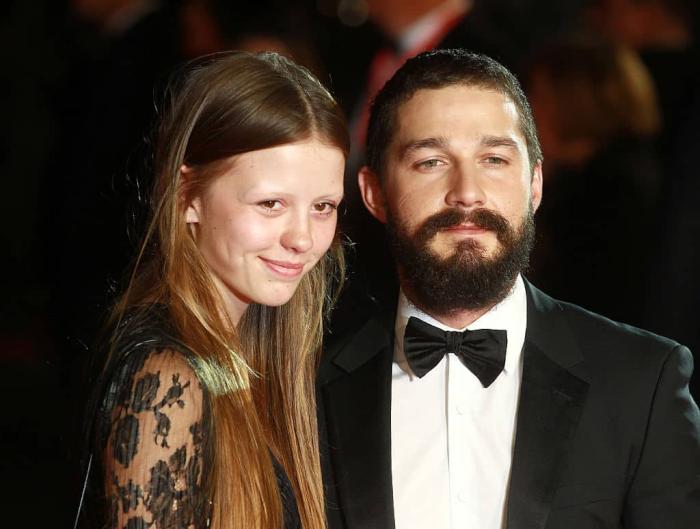