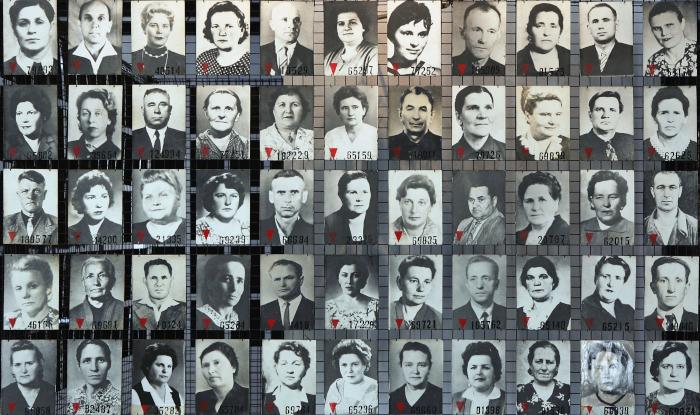 Time To Reclaim History from Idiots And Nazis

Even the best of us are not without bias.
Our biases inform the way we document and share our stories. The way we contribute to the greater collective memory of society. And what we think is our history actually isn’t. It’s our historiography.
As the Institute for the Future of Education notes, there is a key difference between the two terms. “History is the event or period and the study of it. Historiography is the study of how history was written, who wrote it, and what factors influenced how it was written.”

Too often, we look at the history of something, accept it as gospel, and move on. We don’t stop to wonder if this historiography is an accurate retelling of events. We don’t question if what we just learned is actually a victor’s bid to whitewash their sins and put a nice glossy spin on a far uglier truth.
We don’t stop to wonder if our own lens may be the slightest bit warped.

Our history portrays the United States as an unsullied beacon of hope and truth. What our historiography should actually capture is far more complicated. We are a nation with a lot of inherent good, yes. We’re also a nation with a long pattern of casual, ever-present racism, a troubling history of imperialism that’s still glorified on our silver screens, and a disturbing tendency toward exceptionalism.

These rose-tinted rewrites of our country can, at times, be glaringly obvious. Like how our history lessons don’t exactly teach us about the Tulsa Race Massacre, the somewhat murky motives of the North in fighting against slavery, or the prevalence of Japanese internment camps on U.S. soil in WWII.

Other times, these careful tweaks and nudges go whispering by instead of screaming while smashing your face in. Cleopatra is supposedly one of most beautiful women who ever lived. Somehow, this literal African queen is regularly portrayed as a white woman. If you were to ask the average American which modern celebrity they would cast as Cleopatra, I guarantee you they’ll answer Angelina Jolie or Margot Robbie, not Iman or Lupita Nyong’o.

Honestly, it’s no wonder that this kind of selective revisionism has long been embraced by Nazis. It’s basically an editor’s version of eugenics. Not only that, but it’s also a devastating tactic with a long-reaching impact. It’s a serious threat that we need to be actively combating in all shapes and forms.
Just like my new hero, Ksenia Coffman.
She’s not a famous scientist or a well-known activist. She’s a regular woman who read a Wikipedia entry about Nazis. While reading what’s supposed to be a historical account, she noticed some strangely flattering language that clearly glorified members of the SS.

Rather than accepting the words at face value, she decided to do some research. She soon discovered that the claims being made were bunk, and she also began to notice a disturbing pattern of similarly ennobling language in other Wikipedia entries about Nazis. Thus began a one-woman campaign to document, debunk, flag, and remove these claims. She has faced a lot of opposition, yet continues to fight on (definitely give her story a full read, it’s well worth it).

Nazis aren’t just waging underground Wikipedia wars, either. No, Nazis and other similarly despicable groups have also embraced disturbing, attention-getting public spectacles in their quest to reshape the world in their hateful image.

Look at what’s happening today. Anti-vaxxers are proudly, publicly equating themselves with Holocaust victims. Even worse, they’re actively fanning the flames of the Holocaust denial movement by reducing mass genocide to a PR stunt.

Anti-vaxxers are wearing the yellow Star of David Jews were forced to wear as a kind of Nazi identification. They are hanging shoes on a fence in a symbolic gesture evocative of the mounds of shoes, teeth, and clothes found in Nazi concentration camps. They are loudly comparing their “loss of rights” and “oppression” to the six million Jews and seven million resistance fighters, sympathists, Roma, LGBTQ, and differently-abled humans who were mass murdered by Nazis.

This is so beyond despicable that I don’t even have words for it. And it’s all the more dangerous because this type of behavior has now seeped into our public narrative and cemented itself in our story. It is now ripe and ready for history’s editors to reframe it at will.

This means the deplorable, pathetic proclamations of anti-vaxxers can be subtly warped and modified over the years until they resemble something noble. Just like those unseen Wikipedia editors did with their glorification of SS officers.
The lives lost during the Holocaust were the direct result of persecution and genocidal oppression on a truly mind-numbing scale. Everything the Nazis did to Holocaust victims was to subjugate, humiliate, objectify, and destroy them. Everything our government and our society has “done” to anti-vaxxers (read: offering them vaccines) is to preserve their life and the lives of those around them.

This, here, now, is exactly how the rot seeps in. Deep below the surface where it becomes harder and harder to see. This is how the seeds of hate get planted. How anti-semitism, AAPI discrimination, transphobia, homophobia, and denial of critical race theory are all fed, watered, and nourished.
Not under KKK hoods, but under the friendly smile of your third-grade teacher.

← Twitter Reacts to the Failure That Was COP26 | What Happened to Kyle Chandler in the Opening Episode of 'Mayor of Kingstown'? (Spoilers) →