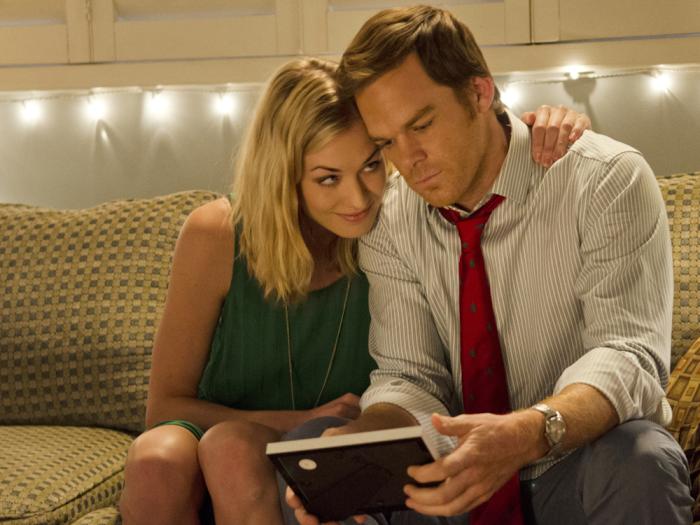 The Fate of Hannah on 'Dexter' Has Been Revealed

Dexter returned to Showtime this week after nearly a decade off the air, and I thought the premiere possessed some of that old Dexter magic, even if the episode itself was somewhat predictable. Dexter is back, Debra is back (in ghost form), we’ll see John Lithgow’s Trinity Killer in some form later this season, and Dexter’s son, Harrison — all grown up now — also returned, searching for his father in Dexter’s new home, Iron Lake, NY.

One character who we did not see, however, was Dexter’s old girlfriend, Hannah McKay (Yvonne Strahovski), last seen getting on an airplane to Argentina with Harrison. I would not expect to see her this season, either, not after Clyde Phillips casually revealed Hannah’s fate on the Dexter: New Blood podcast.

In discussing Harrison’s journey, Phillips revealed that he essentially had to follow his father from Argentina to Miami to Oregon and then to Iron Lake, NY. “He needed a father,” Phillips said. “He was alone in the world. His mother had been murdered, his step-mother died of cancer, he was shipped off to the foster-care system in the U.S., and he was a teenager. No one wants a teenager. He was maltreated, so he said, ‘F**k it.’ I’m going to go find my father.”

Harrison might mention Hannah’s fate in a subsequent episode, but this is otherwise the first we’ve heard about her death. Hannah managed to survive as a serial killer in the United States before presumably finally finding peace in Argentina only to succumb to cancer. It really is a bitch. RIP Hannah McKay.