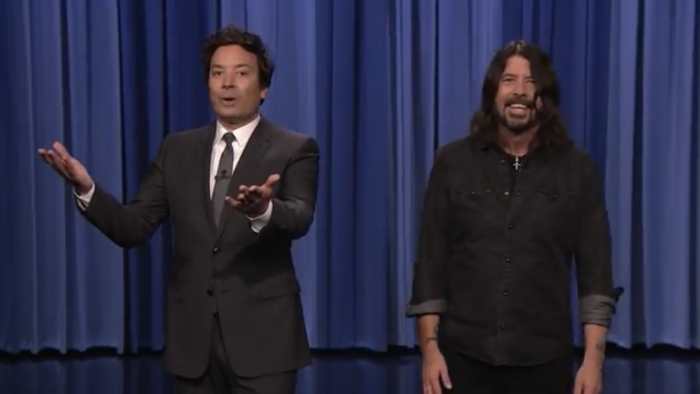 Dave Grohl has had a pretty rad life. He’s been a member of one of the greatest rock bands of all time TWICE, he’s gotten to play music for and with some of his idols like Paul McCartney and John Paul Jones (long live Them Crooked Vultures), and he even got to play a knock-off Animal in a Muppets movie! Grohl has the kind of life that may seem like a dream. Why not add to it?!

Last night, Grohl co-hosted The Tonight Show with Jimmy Fallon. He did everything from monologue jokes to interviewing Lil Nas X! What more could you ask for?

The best part of all this and honestly the least surprising? He was great at it! Grohl has an air about him that screams, “I’m very happy to be here” and it’s infectious as hell. There are some people whose constant success, like Grohl’s, could be cause for jealously, but not Dave Grohl! In this humble writer’s opinion, you just want to see the guy succeed. Heck, give him his own show!

Something that made Grohl’s co-hosting duties even more special: an audience! An honest-to-goodness late-night audience! It was the sweetest cherry on top of a wonderful night. Things are starting to feel right again. Maybe we have Dave Grohl to thank for that?

I’m kidding! I know that Dave Grohl doesn’t have some sort of special, charismatic, kindness-driven power that would allow him to turn the world away from human suffering. That would be crazy …