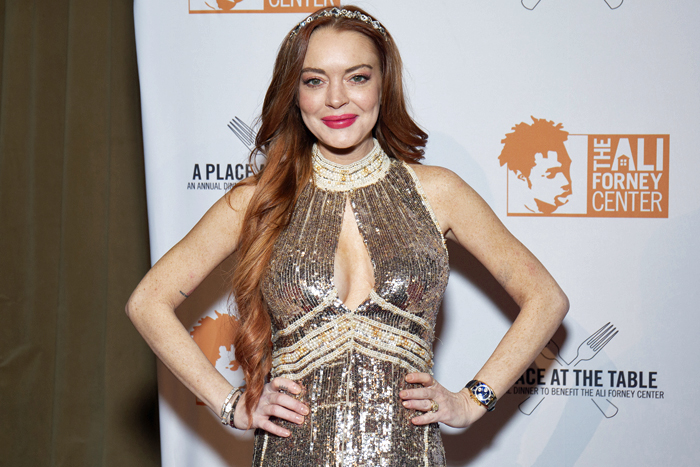 Lindsay Lohan Is Starting Her Comeback With a Netflix Christmas Movie

After telling Anderson Cooper that she wanted to return to America and resume her acting career, Lindsay Lohan has officially signed on for a new Christmas movie for Netflix. (Variety)

Kylie Jenner is mad that people think she’s in an open relationship with Travis Scott if anyone cares. It’s a slow day. (Celebitchy)

When asked to talk about Marjorie Taylor Greene’s Holocaust remarks, Meghan McCain opted to derail the entire panel and accuse her co-hosts of being “red-pilled” to never criticize The Squad. It was a hot mess. (Daily Beast)

But it ended in this beautiful moment:

George Floyd’s family will do more than a meet and greet when they visit the White House because this administration is good, actually. (The Root)

This got lost in the mix, but just a heads up, Danny Masterson is being ordered to stand trial for raping three women after his victims testified at a preliminary hearing last week. The one where he took a smiling selfie in the parking lot. (The Cut)

From Kristy: The Linda Lindas on their viral song Racist, Sexist Boy: “It’s good to let the anger out and scream.” (The Guardian)

And from Kristy again. (Thank you!)

Spent a bit of time with Moxie, a cute robot for kids. Is this adorable, or terrifying? pic.twitter.com/qrHvyO8xsd

If you want to know what the hell Megan Fox and Machine Gun Kelly’s weird black tongue were doing at the Billboard Awards, your guess is as good as anybody else’s. (Vulture)

Zack Snyder wants to make his version of The Wrestler, but with Amy Adams and she’s a roided-out housewife from the Midwest. (IndieWire)

The pandemic has been hard on Malin’s ability to read, but Lindy West’s Shit, Actually kept her interest. "Snarky movie reviews seemed absolutely perfect, and I’m happy to report that I finished this book in less than 48 hours, which is almost a record for me this year." Do you have a favorite snarky movie review? (Cannonball Read 13)

And this delightful little moment is from Kaleena: