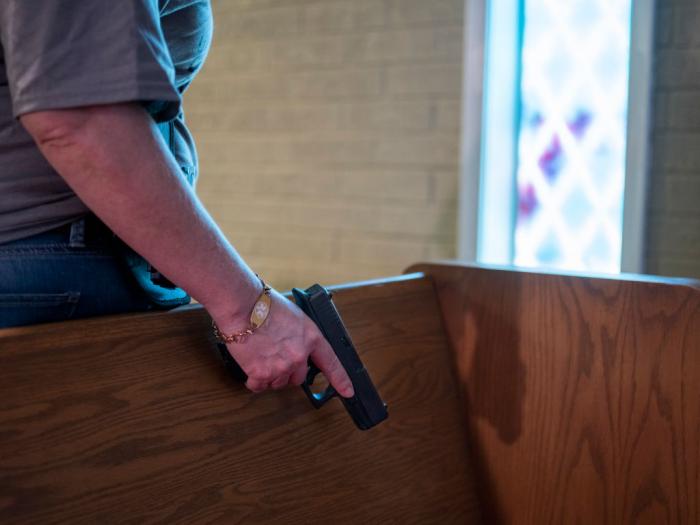 Texas Continues Its Slide Down the Sanity Bell Curve

At this rate, “Blank State Goes Crazy” will have to be a daily feature. It makes me wish I’d started alphabetically. But after Arizona’s audit, Tennessee’s transphobia, and terrible people running for office in New York, Missouri, and Wyoming, it’s Texas’s turn in the spotlight.

Not content with killing 51,000 residents through its lax response to Covid-19 and over 150 more because they refused to winterize their power grid, the Abbott administration intends to sign a bill passed yesterday by the Republican legislature to allow any 21+ adult to purchase and carry a handgun in public without any training or licensing. Any Texan old enough to buy a bottle of whiskey will be able to purchase a pistol at the same time, provided he doesn’t have a violent criminal record. Not that Texas requires a background check for private or gun show sales in the first place. This may go some way in explaining why Texas leads the country in annual gun deaths, with over 3,600 in 2019 alone.

I don’t need to tell you this is absolutely insane. Polling estimates that45% of Texans already own at least 1 firearm. Despite this, only 725,000 guns are registered. This suggests another 12 million unregistered firearms in the state already. A state where the majority can’t even mask up without throwing a hissy fit wants even more unrestricted access to deadly weapons. A state that requires driver safety training and vehicle registration sees no conflict in allowing any untrained goober with a few hundred dollars to purchase and carry an easily concealed weapon capable of killing half a dozen people in seconds. Texas in a nutshell.

As a registered, licensed, fully-trained gun owner, every aspect of this measure is deeply concerning. Under perfect conditions, any firearm remains dangerous. Handguns, which often come with unreliable safeties, are even more so. Though Texas requires all firearms be “secured in a place where children are likely to be,” the stats speak for themselves. Tens of thousands of Texas firearms are stolen or go missing every year. Dozens of children are accidentally killed. Women are 24% more likely to be killed by a gun in Texas than in other states. Almost half of all criminal guns found in Mexico originated in Texas. It just keeps going.

The casual disregard for Texan public safety is emblematic of Republican priorities. The state has relinquished all responsibility for education, public health, and safety in favor of a free-for-all. At this point, it’s worth asking why there is a government in Texas at all, outside of the opportunities for personal enrichment. It certainly isn’t to protect or support its citizens.