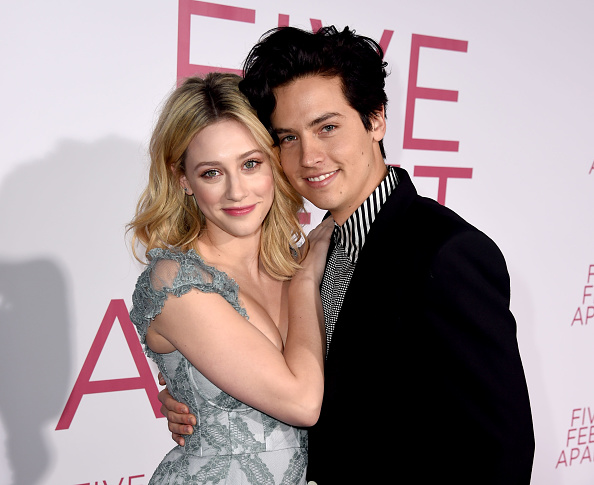 I watch Riverdale, and I recap Riverdale, but I honestly don’t know much about the world of Riverdale, which is the only way I can tolerate it: Completely out of context.

I have not read the comics, and I know very little about the cast members. I am not part of the fandom. I know that Cole Sprouse has a twin brother, but I did not know they were in a Disney show together (’90s/2000s Disney/Nickolodeon series are a blind spot for me). I know that Sprouse and Lili Reinhart dated for a long time, but broke up in 2020. I know that KJ Apa is Christian and has a kid and that Camilla Mendes used to date Charles Melton, who plays her current love interest, Reggie, on the show. I don’t know a damn thing about Madelaine Petsch, and I only found out minutes ago that Casey Cott is not only straight but married.

They seem like the kind of cast that would be bedeviled with drama, like the Glee cast, but outside of Sprouse and Reinhart’s relationship, there is surprisingly little of it, and even with Sprouse and Reinhart, the drama that does exist is mostly manufactured by social media. They all seem like fairly private people, and the worst that can be said of them is that they aren’t particularly fond of their own fandom and some of the actors have occasionally shaded the writing on the series. That is fair. The writing is bad.

This week, I tried to play into the idea — seemingly manufactured — that the cast members do not like each other, based solely upon the fact that the main cast shares very little screen time with one another. Having just read an interview with Cole Sprouse over on GQ magazine, however, I think it’s less that they dislike each other and more that they genuinely dislike Riverdale itself. From GQ:

Now, after six seasons of increasingly complicated storylines and hijinks, he says most of the actors are ready to “wrap it up with a bow,” and move on with their lives. He isn’t not grateful for the show, but ultimately he’s ready to grow again. “I’m not a creative force behind [Riverdale]. I actually have no creative control,” he says. “We show up, receive the scripts often the day of, and we’re asked to shoot.” At one point, he was asked to direct an episode but politely declined, knowing whatever vision he had would be immediately sucked into the network’s needs.

That makes sense. It is a bad show, and they must feel like they’re being held hostage to it. The unfortunate kicker for Sprouse et. al, is that the CW picked the series up for a seventh season last week. While most of the older cast members — Mark Consuelos, Marisol Nichols, Skeet Ulrich — have been able to step away from the series, I suspect that the main cast is locked in for at least one more year of showing up and reading off of scripts they receive on the same day. If it’s any consolation, I will be there to suffer through it with them.