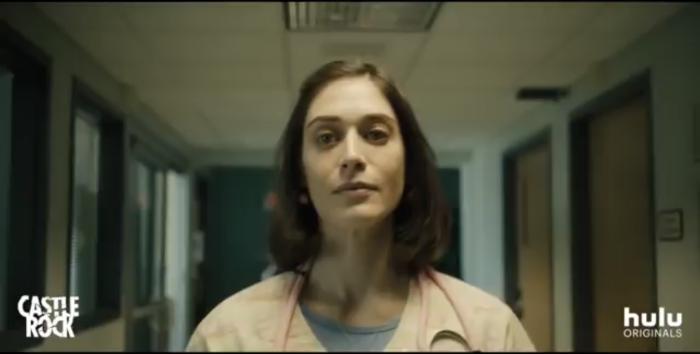 In this time of awfulness and uncertainty, nothing would please me more than for Hulu to announce a third season of Castle Rock. The anthology show based on Stephen King’s vast body of work only got stronger in its second season and still had plenty of ground left to cover. While there is no shortage of King’s material being adapted, Castle Rock presents a unique opportunity to tell new stories with familiar characters and settings.

Set in the fictional Castle Rock, Maine, the Hulu original show focuses on the town’s residents and its creepy goings on. Each season starts fresh with new characters, while weaving in faces and locations that are familiar to King fans from the die hard to the casual. The show is an anthology, but there are some connective threads that can be picked up on if you pay close attention. As well as others that are impossible to ignore.

Castle Rock is loaded with A+ talent. There are career highlight performances from the likes of Sissy Spacek, Tim Robbins (both already familiar with the King Universe) and Lizzy Caplan. However, all actors involved help bring life to the show’s characters as they are faced with the evil that lurks within the town, both human and… other.

All manner of Stephen King characters and locations have been presented so far. From Ace Merrill to Annie Wilkes. Shawshank Prison to Jerusalem’s Lot. There is even a version of the Thinny (for you hardcore King fans). Little seemed to be off limits so far and it’s exciting to think about what the show’s creators may tackle next if given the chance.

← Literally Just All the Outfits Zac Efron Wears in Netflix's 'Down to Earth With Zac Efron' | Dave Chappelle Is Low Key Running an A-List Comedy Club in Yellow Springs, Ohio →