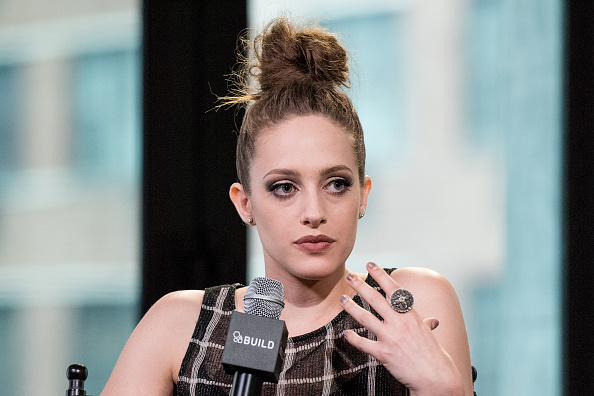 As infection rates continue to drop (for now) and vaccines are administered, it feels like Hollywood is quickly gearing up again, and we’ve had a couple of very busy days of industry and casting news. Here’s what happened today:

— Nic Pizzolatto is no longer involved with True Detective (he moved over to FX to make a series with Matthew McConaughey that FX did not pick up), but HBO is nevertheless moving ahead and looking at new writers to come up with a season four of True Detective. I saw that one of the names being considered is Adam Levinson (Euphoria), which, no thank you!

— It’s hard not to be a little intrigued by the Dexter revival (now set in upstate New York), especially now that Jamie Chung (and Oscar Wahlberg) have signed on. Chung, who was terrific in Lovecraft Country, will play a Los Angeles true-crime podcaster, and Wahlberg — the nephew of Mark and Donny (his dad is Robert) — will play the captain of a high-school wrestling team.

— Game of Thrones showrunners David Benioff and D.B. Weiss are developing an adaptation of Richard Powers’ Pulitzer Prize-winning novel, The Overstory, for Netflix. The novel is about “five trees whose unique life experiences with nine Americans bring them together to address the destruction of forests.” I haven’t read it, but I suspect it’s much better than that sounds.

— Issa Rae’s Insecure is ending, but she’s returning to HBO Max with Rap Shit, about two estranged high school friends from Miami who reunite to form a rap group.

— Jack Black is the latest to join the adaptation of the Borderlands video game, and this line-up sounds awesome and yet makes no sense: Eli Roth will direct, and in addition to Black, it will star Cate Blanchett, Jamie Lee Curtis, and Kevin Hart. It has been scripted by Craig Mazin (Chernobyl). Black will play Claptrap.

— Remember the awesome Carly Chaikin from Suburgatory and Mr. Robot? She’s created a dark comedy called Messy, which she will star in. Liz Brizius, who co-created Nurse Jackie, is the showrunner, and it’s about “a mother-daughter duo that organizes houses for a living (the irony is that both of their lives are total messes).”

— Rhys Ifans has been added to the cast of the straight-to-series HBO prequel to Game of Thrones, House of Dragon. He joins Paddy Considine, Olivia Cooke, Matt Smith and Emma D’Arcy.

— Finally, Adam Wingard — who is a very good horror-movie director (You’re Next, The Guest), but also directed Godzilla vs. Kong — is now attached to direct a Face/Off remake. Like Godzilla, it seems like a perfectly good waste of Wingard’s talent, but that’s where we are.


← 5 Shows After Dark: 'The Stand' First Season Finale, 'Clarice' Premiere CBS | Pedro Pascal's Tweets Are Nothing Like Gina Carano's Despite What the Hate-Muppet Says →