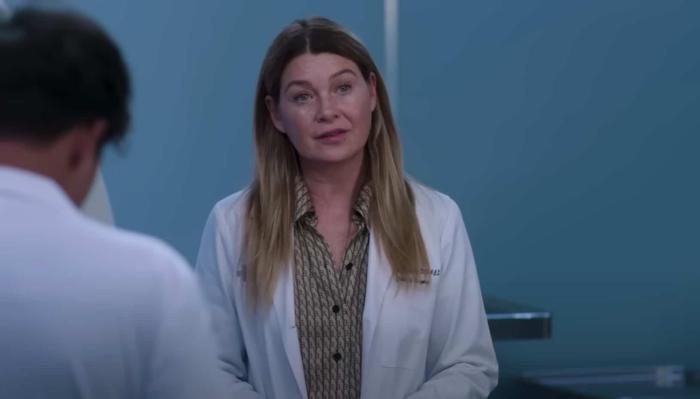 Can 'Grey's Anatomy' Survive Without Grey?

After years of speculation, it has been officially announced that Ellen Pompeo will no longer be a regular cast member of Grey’s Anatomy. This isn’t a big surprise, at it seems like the last two seasons she’s been trying to be off the show at least as much as she’s on it. In 2020 she spent most of the season in a COVID coma which featured her subconscious self sitting around on a beach, and last season Meredith was hired to a project at the Not Mayo Clinic to cure Parkinson’s disease which would be in her professional wheelhouse as a general surgeon. Now, she’s off to Boston to work with Jackson and Catherine while Zola attends a school for highly gifted children. Didn’t Scott Speedmen just move to Seattle for her? And she became the chief of surgery a few months ago? Who cares! Off to Boston!

But with Meredith gone, who is supposed to step up into her spot? Grey’s Anatomy started as an ensemble show, and the chemistry between Meredith and her fellow surgical interns crackled almost as much as the chemistry between Meredith and Derek. It’s a high the show has been chasing for nearly two decades now, as it periodically rolls in a new class of surgical interns, residents, or surgeons, and smashes them against each other in various combinations looking for one that wins. However, Meredith has been the stalwart figure holding the show’s center together. Can it survive without her? Should it try? Who would the show center instead? Well, let’s take a look at the options:

Amelia or Maggie — Has Grey’s been pushing the “sisters” angle this hard in anticipation of Meredith leaving and having to realign around someone closely associated with Meredith? Perhaps. Do I think either of them is capable of carrying the show without Meredith? Nope. Maggie and Winston’s marriage is hitting the traditional Grey’s marriage curse (which is always more interesting to the writers than the viewers) and Amelia doesn’t seem to have any warmth under her prickliness.

Bailey - Bailey has the advantage of also having been on the show since day one. Bailey has the disadvantage of being one of the connections to Station 19. There’s no way to center the show around Bailey without pulling Ben back from Station 19 but we know that’s not going to happen. The same goes for Jo.

Simone - Another young intern with reflections of Meredith, she had left Seattle to get away from her family and ended up right back with them. Her grandmother is suffering from dementia, she’s carrying other emotional baggage, and she’s an intern to watch. Is she who we will be watching? I guess we’ll see!

Adams - We know he’s family to Meredith, via Derek, and he’s got something to prove. However, his early plotline of “being willing to let people think he’s sleeping with his aunt to avoid accusations of nepotism” is not as charming as the show thinks it is. We already have one Game of Thrones (actually, we have two) and we don’t need any more of that on TV.

Zola - OK, hear me out; Zola is a highly gifted child. She flies through the college curriculum and starts medical school shortly after. The show jumps forward a few years and BAM! Zola is back at Grey Sloane Memorial as a surgical intern at the tender age of 18. It is absolutely not the most ridiculous thing that happened on this show, and while she’s a Shepherd rather than a Grey, it would be the best option for a spiritual successor. Meredith started as the daughter of a gifted surgeon back at the hospital she was practically raised in, maybe Zola can show us what that looks like when the intern actually has a functional relationship with their parent.