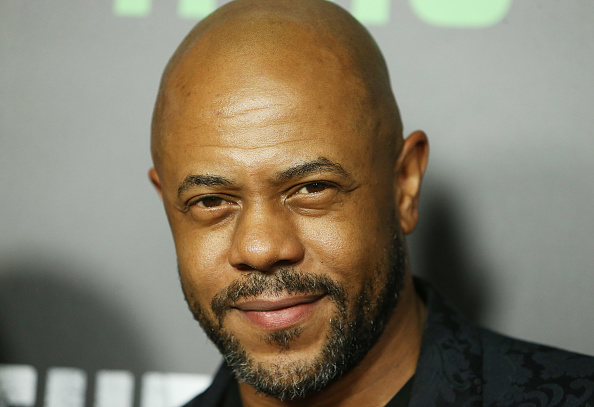 — Season four of Netflix’s Stranger Things will be broken into two parts, which will be released on May 27 and July 1. The Duffer Bros. say that the fourth season includes “9 scripts, over 800 pages, thousands of visual effects shots, and a runtime nearly twice the length of any previous season.” I don’t know why twice the runtime is worth bragging about. The fifth season of the series, by the way, will be the last.

— There will be a fifth season of Fargo on FX. No details have been given except that it will shoot before Noah Hawley’s Alien, and it comes with this logline: “When is a kidnapping not a kidnapping, and what if your wife isn’t yours?” Speaking of Alien, it will feature none of the previous characters from the movies, except for the alien itself.

— Dave has been renewed for a third season.

— During FX’s TCA, FX President John Landgraf finally gave a reason for the surprise cancelation of Y: The Last Man. It was because there was a “really, really steep” ratings decline between the first episode and the end of the series. (That tracks). ‘

— FX and the BBC are co-producing an adaptation of Great Expectations. Olivia Colman will be playing Miss Havisham, and while that’s all you need to know to watch, I’ll also mention that Matt Berry will be in it.

— The Marvelous Mrs. Maisel, which kicks off its fourth season on Friday, has also been renewed for a fifth — and final — season by Amazon.

— Amanda Seyfried and Tom Holland will star in The Crowded Room for Apple TV+, which is described as a seasonal anthology series that “will explore inspirational stories of those who have struggled, and learned to successfully live with, mental illness.” The first season is a thriller, where Seyfried will play a psychologist and Holland her toughest case. It’s based, in part, on creator Akiva Goldsman’s own life.

— Discovery+ will air the documentary Hillsong: A Megachurch Exposed. All three episodes will air on March 24th. This seemed inevitable, but I’m glad it’s being made. Here’s the trailer:

— Finally, look: I’m a firm believer that everyone should be vaccinated and boosted. But I still think the contrast in the way Rockmand Dunbar was treated on 9-1-1 and Forrie J. Smith on Yellowstone is striking.

Dunbar, recall, left 9-1-1 because he didn’t abide by the vaccination protocols. He asked for, but was declined, exemptions based on his race and religion. They refused his exemptions but told him that they’d leave the door open for his return. According to Dunbar, that is no longer the case. He’s suing, claiming that he was discriminated against based on his race and religion, was labeled an anti-vaxxer, and has lost other acting opportunities (the latter is not surprising, considering that most sets still require vaccinations). Dunbar says he was fired for retaliation and not given the hundreds of thousands of dollars he was owed. If they made promises they didn’t keep and they didn’t pay him for work performed, Dunbar has every right to sue. I still think Fox should have fired him for refusing to be vaccinated.

Meanwhile over at Paramount+, apparently the vaccine protocols are far less stringent because Yellowstone actor Forrie J. Smith — who looks exactly like you’d think an anti-vaxxer Yellowstone actor with that name might look — not only isn’t vaccinated for COVID, he isn’t vaccinated for anything, as he explained when he told his fans he wouldn’t be attending the SAG Awards ceremony because of their vaccine requirements.

Forrie J. Smith remains gainfully employed. I’d stay away from that man’s dogs. Rabies is a vaccine, and his dogs apparently are not vaccinated.


← Austin Butler is the King in the First Trailer for Baz Luhrmann's 'Elvis' | At Best, Hulu's 'Dollface' Season 2 Is Background TV →