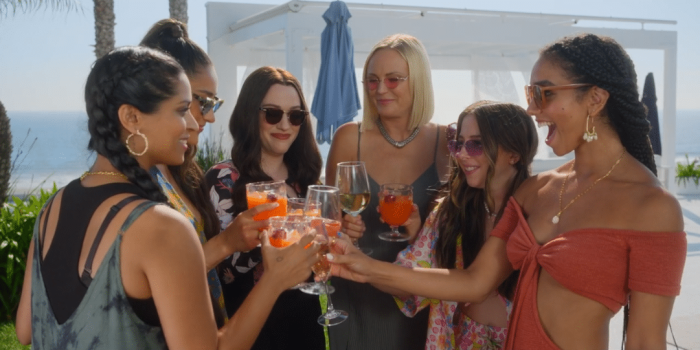 I’m a fortymumblemumble year old woman. I don’t ever feel the need to relive the trials and errors of my youth through the media, so I slept on the first season of Hulu’s Dollface, even though my husband and I both have a crush on Kat Dennings. In preparation for season two, I binged the first season. I can’t really find anything to disagree with in Emily’s review except for the part about Kat Dennings not deserving better because I still believe in her. Plus, in all of those “if you had to pick a celebrity to play you” social media phishing posts I always pick her because we are both made of 97% sarcasm and 3% deadpan. 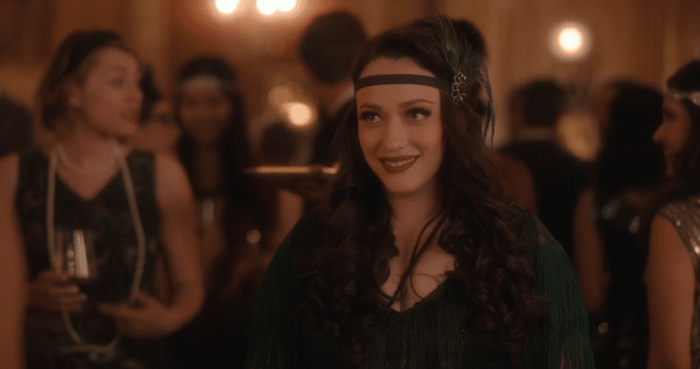 Dollface’s first season was all the clichés about young women stacked on top of each other and wrapped in a very fashion-forward trench coat. I thought it was boring. Season two is marginally more substantial and interesting. There’s more sex, more drugs, less of the tiresome “you’re not a good enough friend” conflict, more of the women supporting each other as they explore their lives separately, and some good guest stars.

When we last left Jules, Madison, Stella, and Izzy (Kat Dennings, Brenda Song, Shay Mitchell, and Esther Povitsky respectively), they were headed back to LA in a stolen car after blowing up Ramona’s wedding and Celeste’s (Malin Åckerman) marriage. Season two opens on the quartet struggling through Covid-19 lockdowns (although that premise is quickly dropped after episode 1), and dusting off their vision boards as they prepare to meet their 30s head-on. Sigh. I remember thinking that way. It was exhausting.

Jules finds a boy. Jules ditches a boy. Jules finds a new boy and pursues new career opportunities. Izzy gets a boyfriend, Stella gets a girlfriend, and Madison gets a new friend who causes friction among the group. Sounds like 29 to me!

This season we get a lot more of Beth Grant both in and out of the Cat Lady mask but sadly less Malin Åckerman, who does a great job as the Gwyneth Paltrow-inspired lifestyle guru Jules and Izzy work for. We get a little more Matthew Grey Gubler than we did in season one, which is fun. We get a bunch of new people! Jennifer Grey (Dirty Dancing) and Don Stark (That ’70s Show) as Jules’ parents in one poorly written episode. (I’d like to give them another shot at that if there’s a season three.) Michaela Conlin (Bones) has a few moments in a couple of episodes and new Woom employees bring some much-needed diversity and criticism to that workplace. Lilly Singh comes in with a multi-episode arc as Stella’s love interest and business partner. Oh, and a brief Andrew WK cameo, naturally. There’s also an episode that takes place at a fictional “Women’s Fest” that features a couple of bands I’ve never heard of but immediately looked up afterward (Bleached and Rozzi for the record. See, I’m old.) The band Phantogram plays a gig at the end of the last episode. You know how Buffy The Vampire Slayer always had a real band at The Bronze? Same vibe.

Dollface is not Appointment Television by any means. It is good cotton-candy background TV, if you’re a certain type. Their lives are so perfectly Instagramable that it made my teeth hurt. For my money, Izzy and Stella are the most interesting characters to watch, they go through the most growth this season. But Brenda Song is really very good in this show as Type-A Madison. I don’t know her from anything else besides being Macaulay Culkin’s fiancée and the mother of his child — both of which make me like her more.

Kat Dennings continues to Kat Dennings her way through things with varied results. She is at her best in Dollface when she’s got a snappy comeback. Jules lacks self-esteem and is entirely too self-conscious to support my favorite things about Kat Dennings’ usual characters. She manages to weasel out of the erotic dance class the other three women sign up for and there’s a bit of moralizing over drugs that I could have done without. Both Kat Dennings and Jules seem too timid to break out of the roles that are expected of them. I could definitely see Dennings arguing that her character wouldn’t participate in a “sexy” dance routine because she, as an actor, was uncomfortable with it. This is disappointing because I like Kat Dennings. I would like to see her stretch her legs as an actor and get out of her comfort zone.

Do I recommend this show? Not particularly. But if it’s a rainy weekend, and you don’t want to think too hard about what’s on the television while you do Wordles, give yourself a mani-pedi and surf social media, there are worse, less entertaining things you could watch. Lots of strong, non-toxic, Girl Boss vibes and buzzwordy ideas about “actualizing,” and “visualizing,” and “self-realization” all over the place. Maybe this is what 20 and 30 something-year-old women want? Maybe this show is the new Sex and the City? It hasn’t set off any alarms if it is. 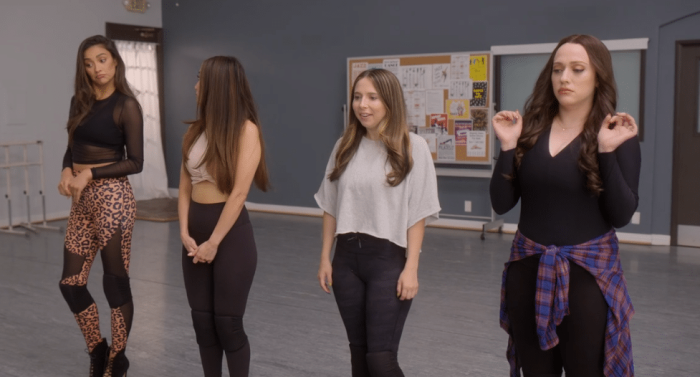 The season ends, as your 20s do, with everything up in the air and kind of crazy. But, if you’re lucky, you’re weathering the storm with your friends. Digitally generated images of Greece not included.

All episodes of Dollface are streaming now on Hulu.


← Bullet Points: 'Fargo,' 'Stranger Things' and a Tale of Two Anti-Vaxxers | Three February Must Reads and One Overhyped Novel →