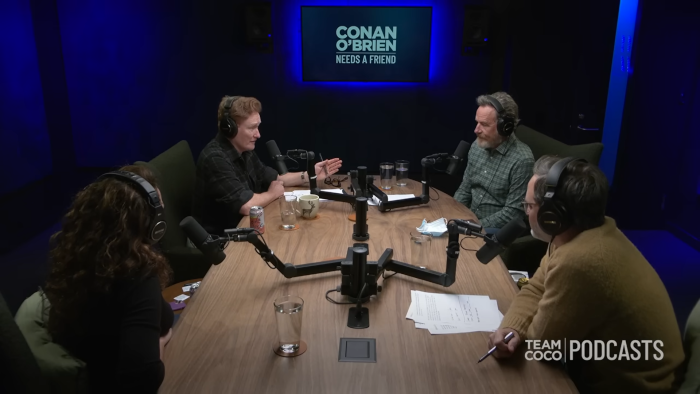 Bryan Cranston will be remembered for playing Walter White. There’s good reason for that. The role was the kind that comes around once in a lifetime. A good, nice man turned to Scarface over time. It was an award-winning performance by Cranston. It is iconic. It is not the greatest performance that Cranston has ever given. That distinction belongs to another TV Dad, the man known as Hal.

On a recent Conan O’Brien Needs A Friend, Cranston stopped in for a chat. Conan, being the comedy aficionado that he is, brought up Malcolm In the Middle. Before Breaking Bad, Bryan Cranston spent seven seasons hilariously playing a dad who was a complete wuss. He is manic, clownish, loving, and erratic. He’s everything you would want from a TV Dad. Cranston was untouchable in the role, despite never winning any awards for his performance.

The show still holds up, as does Cranston’s performance. Pitched as a live-action Simpsons upon its debut, Malcolm In The Middle portrays a relatable lower-class family. All of the cliches you may find in a sitcom are thrown out the window. Instead, you have a family that is certainly heightened but still feels like they could live down the street from you.

The entire cast, consisting of child actors who got even better with age, was arguably led by Jane Kaczmarek’s Lois. That’s what makes Cranston’s performance even more impressive. He is at the service of the rest of the cast. It is the epitome of an excellent supporting role. He can steal scenes just as easily as he can fold into the background. It was a stellar show, with a stellar cast, and despite delivering incredible work since then, it is Cranston’s best. Just ask Conan.


← 'Mythic Quest,' 'Mayfair Witches,' And The Shows We're Excited About On Podjiba! | Netflix's 'Alpha Males' Is a Surprisingly Strong and Funny Deconstruction of Modern Masculinity →