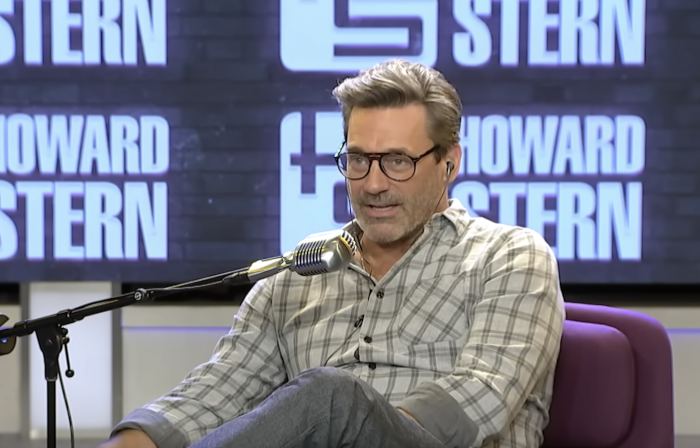 Jon Hamm is doing the rounds these days for Confess, Fletch, a movie I liked in spite of Hamm (whom I love, just not as Fletch, although he did grow on me). Yesterday, he appeared on Howard Stern’s show, and besides talking about his love of the Housewives franchise (what? Hamm?! Et tu!), he also talked about losing out to Bryan Cranston for the Best Actor in a Drama award four years in a row.

Hamm is not bitter, in part because he finally did win (after Breaking Bad ended its run), but also says that over the years, he and Cranston became great friends, which is a fun insight into the former AMC stars. “He’s the menschiest guy you’ll ever meet … and I consider him a dear friend.”

Confess, Fletch is currently available on VOD. Hamm can also be seen in Top Gun: Maverick and will be returning to episodic television soon in the fifth season of Fargo. He is also very handsome.