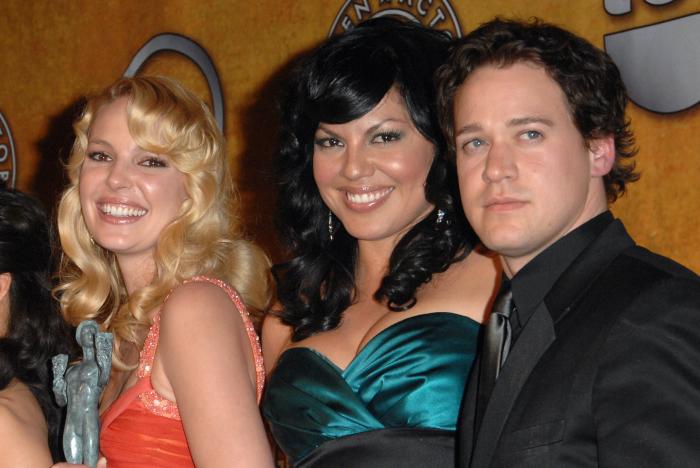 It has been a full decade since Katherine Heigl left Grey’s Anatomy. She departed in the sixth season of the series, which just kicked off its 17th season. This season picked up soon after one of the few remaining original characters, Alex Karev (Justin Chambers), left the series to … be with Heigl’s character, Izzie Stevens, somewhere in Kansas (Heigl herself is not actually in the episode).

Despite the ten years that have passed, we are still talking about Heigl’s exit from Grey’s, even though Heigl herself left to pursue a feature film career that never quite materialized. After a series of failed feature films followed by a series of failed shows, Heigl jumped aboard the final two seasons of Suits (she’ll next be seen in the Netflix series Firefly Lane due out on New Year’s Day). The reason why there remains so much interest in Heigl and Grey’s Anatomy, no doubt, is because Grey’s continues to be one of the most-watched series on Netflix, month after month after month.

All of which brings us to a piece over on Vanity Fair, which reveals exactly why Izzie Stevens didn’t get a proper send-off. According to showrunner Krista Vernoff, there was supposed to be resolution for her character. They wrote Heigl an episode. Heigl did not show up to film it.

“We had planned to have her come back for an episode to really properly tie up Izzie and Alex (Justin Chambers). And I wrote that episode, and it was beautiful. The day before it was supposed to start prepping or shooting, I can’t remember, we got a call that Katie wasn’t coming. Just wasn’t coming. Wasn’t going to do it.”

Vernoff said she spent “multiple nights” rewriting the script to account for Heigl’s absence. “I’m not saying that to bash Katie. I don’t know what was happening in her life. I don’t know what led to that decision,” she said. “All I know is that the night before a thing is supposed to start shooting that is entirely centered on one character and the completion of her story arc, I got a phone call that she wasn’t coming to do it. That’s what it is to be a TV writer and producer. So, yeah, do I wish I could go back and do that differently? Sure.”

A source close to Heigl denies the account, saying that “Katherine was back in LA after parental leave (when she adopted her daughter) waiting to be called to set.” Heigl has insisted since 2010 that rumors she refused to return were not true. And yet, those rumors persist.

Meanwhile, Isaiah Washington is now calling out Heigl, too, while she’s in the news. Washington played Preston Burke for the first three seasons of the series, but recall that Heigl was instrumental in getting him kicked off the medical drama for using a homophobic slur in reference to T. R. Knight while arguing with Patrick Dempsey (T.R. Knight left the show soon after Heigl, and Dempsey left a few seasons ago but returned for a dream sequence in this season’s premiere). Here’s Washington on Twitter:

This woman once proclaimed that I should ‘never’ be allowed to speak publicly again. The world agreed with her proclamation back then and protested for my job and my head in 65 languages. I wish I was on Twitter in 2007, because I will NEVER stop exercising my free speech. pic.twitter.com/fQ6L1zfQRR

I’ve learned that all money ain’t good money and no amount of money can replace your dignity and integrity. Some call it living by your principles.

That “woman” is not the one who called a work colleague a “f****t.” Don’t make me root for Heigl, dude (actually, like so many of you, I have fully come around on Heigl, in part because she started to own her public persona and chose roles accordingly.

This has been your “Why did Katherine Heigl leave Grey’s Anatomy?” update. Please check back again in 2023 for additional updates.

← The Best of Twitter's 'What's Something That Feels Like X But Actually Isn't' Meme | Dear Publishing Industry: Please Don't Give Trump or His Cronies Book Deals! →