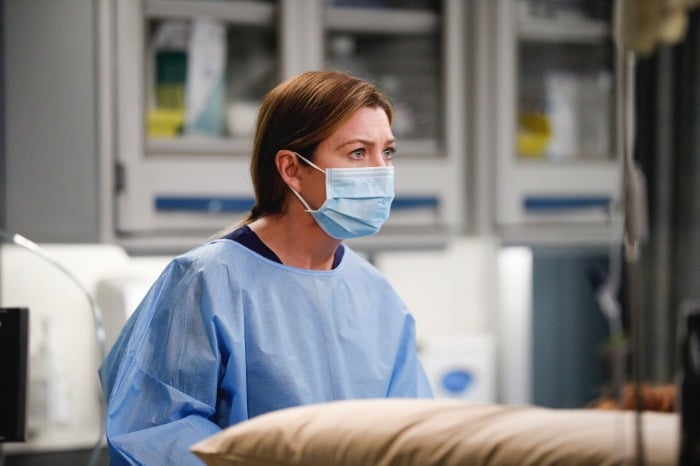 Somewhat unbelievably, the 17th season of Grey’s Anatomy starts tonight. The medical drama has now been on the air since 2005 and will continue to run as long as ABC keeps backing the money truck up to Ellen Pompeo’s house. So what exactly has everyone been up to lately? A whole lot! How much will previous viewers of the show understand? Not as much.

Who’s still around of the original characters? There are now only three characters from the first season still on the show; Meredith Grey, Miranda Bailey, and Richard Webber. Alex Karev (Justin Chambers) had been in season 16, but he disappeared mid-season and his story wrapped up with that most convenient of devices, a letter telling us exactly why he left read verbatim over scenes of other people reading the letter and some of him off in his new life. Where is that new life? In Kansas. With Izzie Stevens, Katherine Heigl’s character, and it’s revealed that Izzie went ahead and had twins from the fertilized embryos she and Alex banked back when she had cancer and they were married. That was back in the fifth season, so you can be forgiven for forgetting it ever happened. Katherine Heigl does not appear in any new footage during the episode. And so Alex disappears forever, not too long after marrying Jo Wilson and starting a new life with HER in Seattle. Whoops! He’d already been weirdly absent in a lot of Season 16 considering he was now Meredith’s oldest friend and she’d given him her house for a while. Side note: does Meredith still own two massive homes in the greater Seattle area? Her real-estate situation is unclear.

Other notable developments from the end of season 16:

Richard Webber spent the end of the season having brain issues including hallucinations, memory loss, and muscle problems. Andrew DeLuca figured out that it was a cobalt hip joint that was degenerating and poisoning him. DeLuca also stayed awake for many days to figure this out, after exhibiting other signs of having bipolar disorder and appeared to have a breakdown after the surgery was completed. Katherine Fox, Richard’s wife, and Jackson’s mom had been by his side while he was in the hospital but had previously pulled back from him. After the surgery, once Richard becomes lucid again, he shuns her.

Amelia Shepherd had a baby with Atticus Lincoln, an actual character on this show. Nothing much of note here, delivery went smoothly and both parents were alive to greet their infant.

Teddy Altman was supposed to marry Owen Hunt (third time’s the charm, I guess!) except that she was still actively having sex with Tom Koracik (Greg Germann playing yet another “neuro god” who has ended up working in Seattle) and Owen found out so he canceled their last-minute wedding. This is the closest that we come to a cliff-hanger for the season. Owen Hunt’s streak of ruining the lives of brilliant and accomplished women continues unabated.

That’s really it? As best I can tell! The problem is that the season premiere this year is a massive crossover episode with Station 19 and I have no idea what’s going on there. I cannot get into that show even a little bit. This is not a judgment on the show’s quality as I’m in the middle of a rewatch of Bones, but I can’t give you updates on the trials and tribulations of Seattle’s firefighters as led by Ben Warren, a man with the most BAFFLING career history on television. But whatever we’re supposed to be waiting with baited breathe for in Season 17 apparently starts there so we’ll see how it spills over. There’s also another batch or two of new interns and baby doctors running around with their own drama and self-realizations but honestly, most of them will probably be gone by the middle of season 17.

Where are Meredith’s children? GOOD QUESTION, since she’s up to three of them now. Mostly we’re supposed to accept that Meredith’s commune-style living with her two sisters (Maggie, a half-sister that resulted from Ellis and Richard’s affair, and Amelia, Derek’s sister) takes care of all childcare needs. However, all three of them were in the hospital constantly over the end of season 16 and while Maggie dropped off a permission slip for Zola’s field trip, we don’t hear much about who actually has eyes on them. However, we also have reason to understand that Meredith is a very wealthy woman at this point in her life so there’s probably someone looking after the kids. Maybe.

Should I start watching again? Probably not. If you want to get that old Grey’s feeling, I’d watch the early seasons up through maybe Christina’s last episode. If you’re desperate for new content there are other new shows to find. If you are grimly determined to see how ridiculous things will get before ABC calls it quits, then come sit on the couch next to me. Metaphorically speaking, obviously. Nobody knows where they might end up.

← So, What's Really Going On with All these Firings at the Department of Defense? | 5 Shows After Dark: 'Grey's Anatomy' 17th Season Premiere, 'Law & Order: SVU' 22nd Season Premiere →