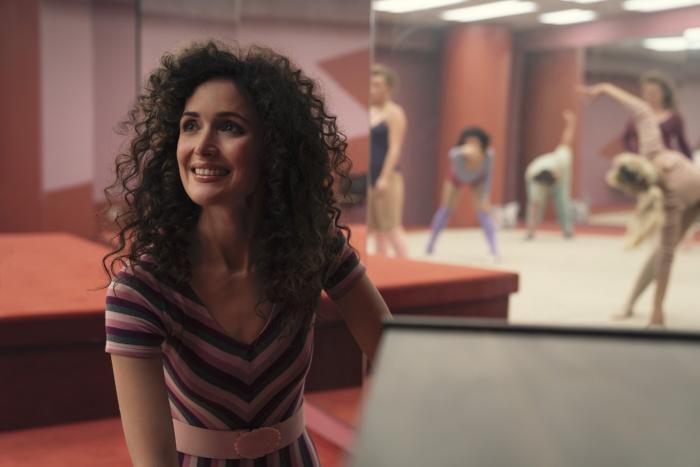 Kaleena reviewed Apple TV+’s Rose Byrne series, Physical back in June, and I am merely here to reiterate everything she had to say about the first four episodes applies equally to the entire first season. It never improved. It is an ugly show, and not just aesthetically, although that, too (both the fashion and the decor of the early ’80s are hard on the eyes). The characters are repugnant, but not in an interesting way, or in a way that we might love to hate. They’re unlikable for the sake of being unlikeable.

That starts with Rose Byrne’s Sheila, a housewife who loathes everyone else (including her husband) almost as much as she loathes herself. I don’t blame her for hating herself, either. She’s mean, and not just to people who treat her like sh*t (like her husband) but the people who support her — or want to support her — as well. When Sheila’s inner monologue is not berating her for her eating disorder, it’s cruelly mocking the physical appearances of everyone around her.

It comes from an honest place — a sexual assault as a teen and parents who didn’t support her, plus a philandering asshole of a husband — but it doesn’t make Sheila any easier to be around. She is aggressively unpleasant, and the only thing she has going for her is an obsession with exercise — the yin to her eating disorder yang — that she tries to parlay into a money-making operation. Not out of ambition. Or even for money, really (except to pay off the debt incurred by her eating disorder). Or to give her a sense of purpose. It’s not because of the community she builds, either, because she rejects them, too. She does it because it briefly makes her feel slightly less empty, which is hardly an ideal motivation for a dramatic character.

This is how miserable Physical is: The most compelling character on the show is a depressed, Republican business developer played by Paul Sparks (without the beard, sadly) and a needy, overeager housewife (Dierdre Friel) with her own host of insecurities. Self-loathing is the common bond between the major characters, save for Sheila’s husband, Danny (Rory Scovel), who doesn’t appear to be self-aware enough to hate himself appropriately. On top of the unlikeable characters, however, is a storyline that is dramatically inert. Danny is running for a political office he does not deserve, and Sheila is trying to build a business off the efforts of others she does not respect. If I wanted to watch that, I’d turn on CNN.

(*Despite a mixed critical reception and probably tepid ratings, I understand why Apple TV+ renewed ‘Physical.’ I wouldn’t want to let a cast that talented go, either. AMC also once kept a bad show on the air to keep the stellar cast under contract. The show was called ‘Halt & Catch Fire,’ and it was a brilliant decision.)

← Matt Damon Is Boston 'Strong' On Hot Ones | 'Mr. Corman' Review: Joseph Gordon-Levitt is Not OK →